Who Is James Bourne's Girlfriend? Married Status, Net Worth, Height 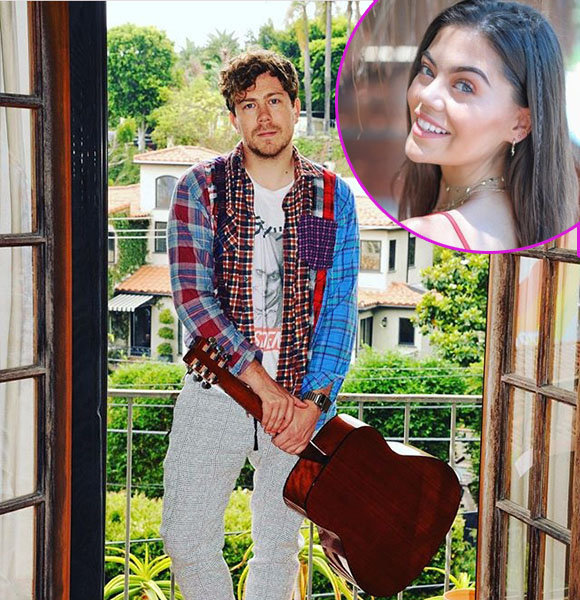 In 2001, James ruled the British music industry with his comrades Matt Willis and Charlie Simpson. The ensemble had four number-one songs, two albums, and a string of successful tours.

However, the band soon disbanded in 2005, leading James to form a new band named Son of Dork.

Unfortunately, Son of Dork couldn’t reciprocate the success of Busted and ended up being disbanded. So then, James attempted to focus on his solo career under "Future Boy."

Currently, he performs with his brother, Chris Bourne, in the band, The Bourne Insanity.

Who Is James Bourne’s Girlfriend?

James has been dating YouTuber Emily Canham since 2018. The pair started their relationship slowly due to their fourteen years of age gap (James is the older one). For those unaware, Emily is a famous English YouTuber with over one million subscribers. She started on the social media platform to become productive during her sabbatical from school; she had to take a break due to constant bullying.

Against Bullying:- American Journalist Emily Bazelon, A Rising Voice On Abortion and Bullying, Juggles Between Her Work and Personal Life

James was previously in a relationship with EastEnders actress Kara Tointon. The pair dated for 18 months till January 2005. It was rumored that Kara and James parted ways after his band, Busted, split.

After Kara, the pop singer moved on with Gabriela Arciero. The pair dated for eight long years until their eventual break up in 2014.

James has seen a lot of ups and downs in terms of his music career. His first attempt at starting a band started when he was twelve; he formed a band named Sic Puppy.

The band failed to succeed, and James eventually quit school to focus on his career. He went on to form Busted and got signed with Universal in 2002. The band dominated the charts, but the success was short-lived as it disbanded.

Following the band’s split, James tried to reciprocate the success with another band, Son of Dork. The group released their debut album, Welcome to Loserville. But, they failed to remain together.

After the failure, James attempted a solo career that didn’t become mainstream. Today, he is busy working with his brother on the group, The Bourne Insanity.

Further, James also has a clothing line named Sic Puppy. James has a net worth of $1.5 million from his musical endeavor and entrepreneurship.

Bourne is a multi-instrumentalist who plays electric guitar, piano, drums, and bass.

Bourne is the owner of SicPuppy, an American skateboarding and gear brand named after a band he used to be a member of.

Stay tuned to get more updates on James Bourne.