By LRU Writer | On: February 19, 2021
James had led the FBI on the infamous and most expensive, 18-year manhunt, but the case was cracked by the lesser-known FBI agent James. While James was determined to catch the guy, he lost track with his wife and family. In convicting the criminal, he was led to estrangement from his wife with ended in a divorce. However, James found love again, and as of now, he is engaged. 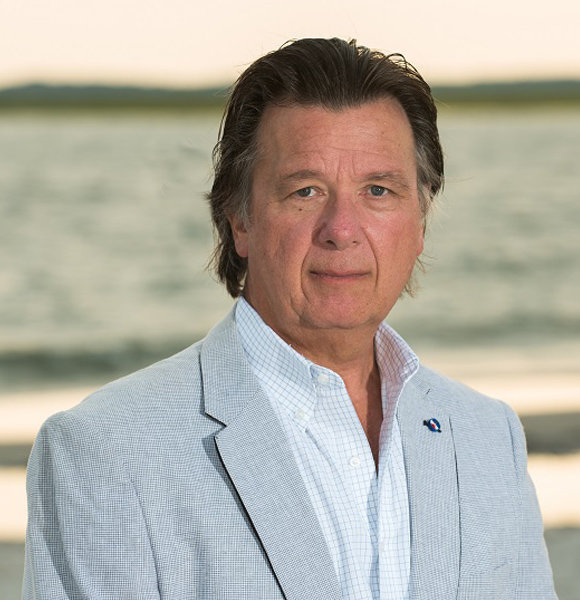 American criminal profiler, James Fitzgerald, who is best known for his UNABOM investigation role, is a retired FBI agent. During his career as an FBI agent, James has found remarkable success as he was responsible for the arrest and conviction of Ted Kaczynski, the person behind the mail bombings.

James had led the FBI on the infamous and most expensive, 18-year manhunt, but the case was cracked by the lesser-known FBI agent James. While James was determined to catch the guy, he lost track with his wife and family.

In convicting the criminal, he was led to estrangement from his wife with ended in a divorce. However, James found love again, and as of now, he is engaged.

James Fitzgerald, who is also a forensic linguist, was once married. He shared the marital bond with his loving wife for decades, but his work schedules led to the end of their marriage.

James was married to Ellie. James and his wife, Ellie, tied the nuptial knot sometime around 1976. The couple were going strong in their relationship and even had a family together. They were blessed with two sons Sean and Dan.

But their relationship started to flatter after he was selected to attend the National Academy Session, making him stay away from home for three months.

However, as he was living in Philadelphia, he could make it home on most weekends. Later in 1987, James became an FBI agent and served for the next twenty years as a special agent. Sometime later, he was blessed with his third son Ryan.

With James's involvement with the FBI and biggest criminal cases, he drifted from his family. When Ted's case arrived at his desk and started working in it, he grew more distant from his wife, which eventually ended his marital relationship.

He was determined to catch the guy who drove him far from his wife, but despite it, his children were his priority. James, who prefers to keep most of his personal life away from social media, revealed the happiness of the addition of grandchildren.

You May Also Like: Is Rick Cosnett Married? A Little More About This Gay FBI Agent From Quantico

He posted a picture holding his two-day-old granddaughter, Bryan Aoife Fitzgerald, back in August 2017. Well, he sure seems to be blessed with a family despite parting ways with his wife.

Despite the end of his relationship with his wife, James did not give up on love. He gave it another chance and found it in his now-fiancee, Natalie Schilling. After the end of his marriage with Ellie, James found love with Natalie. But Natalie was not in the picture until he had arrested Ted Kaczynski. However, even now, not much is available about Fitzgerland's relationship with Natalie Schilling; whether they have stepped up their relationship or not remains a mystery.

The experienced FBI agent, James Fitzgerald, stars in the Manhunt: Unabomber, a miniseries that tells the FBI's hunt for the Unabomber in the 1990s.

Moreover, in the series, Natalie portrayed the linguist professor who helps Jams find the key to Kaczynski’s writing. However, nothing similar happened in his actual life. Instead, he fell for Natalie after solving the most notable case in his career.

During the hunt, the FBI agent faces an uphill battle tracking while tracking the infamous criminal. While doing so, he also faced a fight against the bureaucracy of the Unabom Task Force.

Well, apart from it, James is also involved in organizing various events such as book signing and discussion, which was held on 8th August at the Avalon Free Public Library in New Jersey.

There was no charge for attending the event, and according to the Facebook event planner, the event was aimed for the discussion of his book.

He became a police officer in 1976 at Bensalem Township. After eleven years of service, he was recruited by the FBI. He then joined the New York  Field Division's Joint Bank Robbery Task Force as soon as he graduated from the FBI Academy located in Quantico, Virginia.

He was promoted in 1995 to Offender Profiling at Behavioural Analysis Unit, specialist FBI department. He became a specialist in threat assessment and forensic linguistics through his refined skills in homicide, extortion, workplace, serial rape, and kidnapping. For the improvement of threat assessment capabilities, he developed training programs and tools, among which is the Communicated Threat Assessment Database.

In 2007, he retired from the FBI but has remained active in offender profiling. He holds the adjunct faculty position at Hofstra University in Hempstead, NY, California University of Pennsylvania, and Stockton University in Pomona, New Jersey. He is also a technical advisor and private consultant to media productions, including Sleepy Hollow and Criminal Minds.