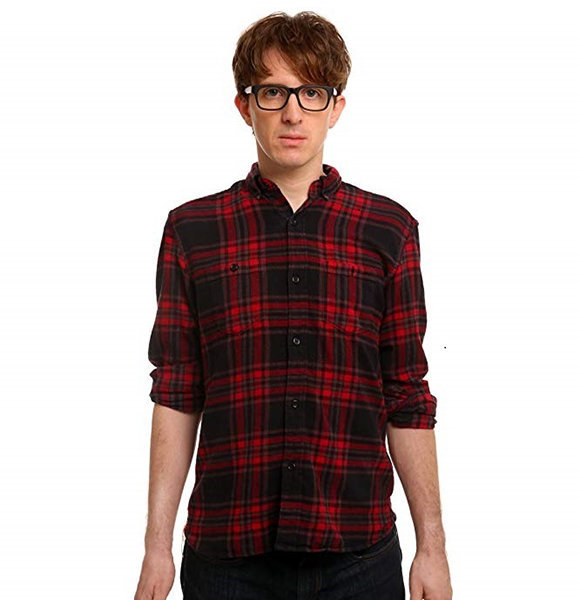 Hailing from the Great Britian, James Veitch is a best-selling author and a revered stand-up comedian.

Rising to international stardom with the web series Scamalot, James garners the crown of a YouTube star. As of August 2019, he boasted 671 thousand+ subscribers on the social media giant.

James' foray into the world of YouTube began in 2009. In subsequent years, he went on to amass a cult-like following. His humorous observations, coupled with likeability, transformed him into a YouTube sensation.

Busy filming and promoting SyperHyperLiteral, James opted not to embark on a tour in 2019. After all, solidifying his net worth shouldn't be an issue for James. Royalties from the book Dot Con should keep his finances in check for a while.

James drew inspiration from his real-life interactions with spammers online for the book Dot Con. The book, in turn, served as the blueprint for the YouTube series Scamalot.

Sharing his experience with the spam emails, James even gave two TED talks. Interestingly, Jimmy Fallon referenced his TED talk in an episode of The Tonight Show in 2019. James career as a stand up comic began in 2014. August that year, he performed at the prestigious Edinburgh Festival Fringe as a solo act.

Beyond the spams-inspired book and other endeavors spawned from it, James gets best remembered for his work on Pappa Joe and Middle of Nowhere.

With Wife Or Gay?

Contrary to his out-going personality, James keeps his love life in the dark. Never mind about his wife, he is yet to claim anyone as his girlfriend publically.

As it happens with a celebrity with secretive dating life, James reluctance often gets with rumors of him being a closeted gay man. For his part, the British stand-up comedian doesn't seem to mind the tag.

The British comedian/writer is a family guy at heart. What the fans know from his social media posts is that James adores his niece, his sister's daughter. To fans' delight, he leaves little nuggets of his family life.