By LRU Writer | On: May 29, 2019
Jamie Farr is an American actor...He was born in 1934 in Ohio...Born to a Lebanese meat cutter and seamstress, Jamie had a knack for acting from a young age...Jamie is still in the industry...He has his own radio show... 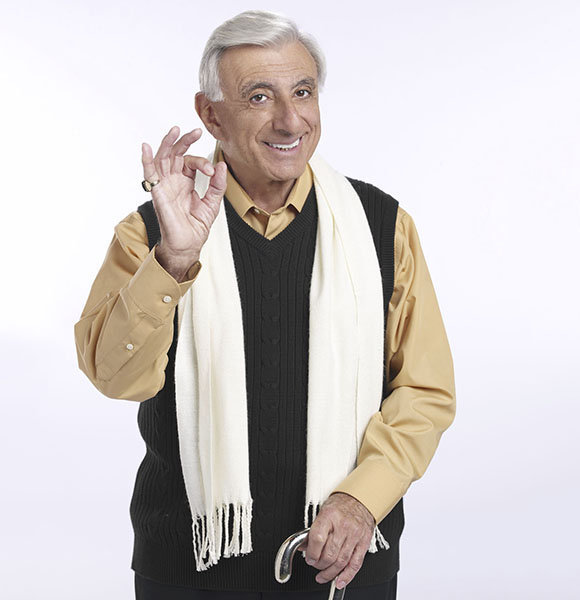 Jamie Farr became an American household name ever since he portrayed Corporal Klinger on M*A*S*H.

But, that is barely the tip of the iceberg. Jamie has a long history in Hollywood. He even has his mark; his very own star on the Hollywood Walk of Fame in 1985.

Jamie was born on 1st of July 1934 in Toledo, Ohio into the loving arms of Samuel and Jamelia Farah. His father Samuel was a Lebanese meat cutter and grocer, while his mother Jamelia worked as a seamstress. He has an older sibling; a sister named Yvonne.

Having earned the name Jameel Joseph Farah at the time of the birth, he later shortened it to Jamie Farr.

The 84-year-old veteran actor has a height of 5 feet and 9 inches (1.75 m) and weighs in at the average range for a healthy American his size.

With all the news of divorces, affairs, and breakups in Hollywood in recent times, commitment seems to be a word of the past. But, a perfect exception for such case is Jamie. Jamie Farr and his children, James and Yvonne stand for a photo back in the day (Photo: Imdb.com)

Jamie has been married to the love of his life, Joy Ann Richards for almost six decades now. He put a ring on his wife, Joy on 16th of February 1963.

Jamie's family have also played a part in the acting industry. His wife had a supporting role in Tattletales as herself. James was active in the mid-90s, lending his talents in Two Guys Talkin' About Girls and Voodoo. Yvonne was also reasonably busy during the late 90s in Theater Production.

Calling Jamie an old-timer of the Hollywood doesn't do his career justice. To put things into perspective, Jamie won a whopping two dollars in a local acting contest at age 11.

After he completed his high school in Woodward as an outstanding student, he caught the eye of a scout from MGM. The scout landed him the role of a mentally challenged student on Blackboard Jungle (1955) starting his professional career in the showbiz.

His acting career was held at a break when he had to join the United States Army. He served tours in Korea and Japan during his two-years-tenure at the army.

After his service, Jamie continued his passion and eventually struck gold with his role as Lieutenant Gardelli in the Warner Brothers' military comedy, No Time for Sergeants. Since then, he played in numerous other projects. Most notable ones being The Cannonball Run, Cannonball Run II, and Scrooged.

Even at the age of 84, the veteran actor is still alive and kicking. He now hosts a daily radio show called Travelin' Farr. With a long career like his, Jamie has undoubtedly left a mark on the industry. He has set a bar for the newcomers that will be hard to beat for a long time.

Through his journey, the Toledo Ohio-native's finances have relatively stayed afloat. He has an estimated net worth of $6 million.