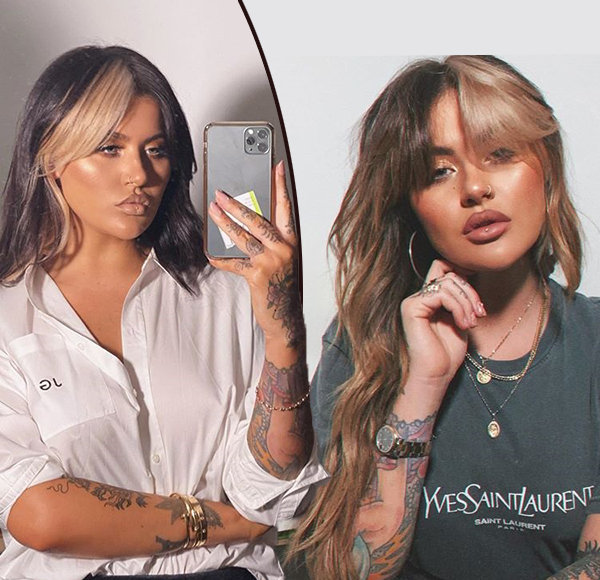 Jamie Genevieve is a professional makeup artist, who is best known for her self-titled YouTube channel, where she uploads makeup tutorials and beauty related content. She is also known for sharing unique makeup looks on her Instagram account that has more than one million followers.

Further, she is signed with a marketing company StyleHaul in a YouTube partnership.

Jamie is married to her long term boyfriend, Jack McCann.

They first met at a music festival, where Jamie- a fifteen-year-old teenager, fell head over heels for Jack. A few years later, Jamie's crush turned into mutual love, and the two started dating.

After dating for seven-and-a-half years, the couple got engaged in July 2017.

Jack proposed to Jamie during their trip to Los Angeles. Jamie was first asked to pose for a picture at the hotel's balcony, and when she turned around, Jack was on his knees with a ring on his hands.

Jamie and Jack tied the knot in July 2019 in a gorgeous ceremony held at a farm, Borgo Corsignano, in the Tuscan countryside. Their wedding was a destination ceremony filled by friends, family, and country galore.

On her big day, Jamie dazzled in a wedding dress by bridal boutique Eleganza Sposa. The bridal gown featured a gorgeous train with lace details.

Her groom, on the other hand, donned in a three-piece outfit from MacGregor & MacDuff.

The YouTuber's father escorted her down the aisle, while the acoustic cover of Leonard Cohen’s Hallelujah played on the background.

After the ceremony, a traditional Italian menu was served for dinner. It included two pasta courses and a big Italian cake as the main course.

Finally, the big ending at Jamie's wedding was an ice cream truck that drove in, from which Jamie served ice-cream to all her guests.

Jamie was born Jamie Grant on 25th June 1993 in Scotland. She grew up in central Scotland on a housing estate in Tillicoultry, Clackmannanshire.

Growing up, Jamie was an outdoorsy kid who loved sports, but at the age of fifteen, she discovered makeup and felt a real passion for it. She left school early to follow her passion and make money for herself.

On 16th June 2019, Jamie posted a collage of her before and after pictures that showed a visible difference in her weight. Further, the makeup artist explained that the change in her weight was after she cut off the booze and junk food. She added that she lost 20lbs in two years, just by eating healthy.