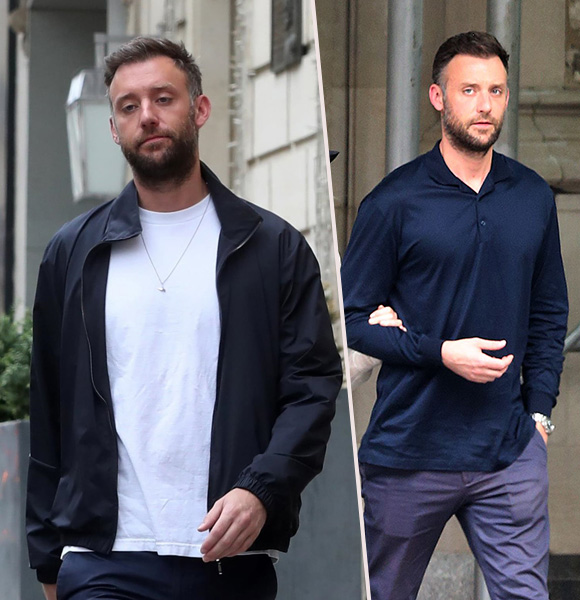 After graduating with an art history degree from New York University, Cooke started to work at the Gagosian gallery. Further, he has also worked with painter Carroll Dunham and sculptor Matthew Barney.

Also, Cooke is popularly known as the husband of actress Jennifer Lawrence.

The pair first met through Jennifer's friend Laura Simpson and they started to date around June 2018.

And after eight months of their first meeting, they got engaged in February 2019; Jennifer was spotted wearing a massive diamond ring.

In May 2019, Cooke and Jennifer hosted their engagement party in New York City with their families and some close friends as the attendees. Cooke Maroney with wife Jennifer Lawrence in May 2019 (Photo:people.com)

Cooke chose to wear a blue suit, gray tie, and brown leather shoes while his fiancee opted for an L.Wells Bridal dress called Juliana which featured a plunging neckline and full-length sleeves, at their engagement party.

They tied the knot in Newport, Rhode Island at the stunning Belcourt Mansion and had around 150 guests in total. Nevertheless, the wedding photos of Cooke and Jennifer is not out yet.

But according to PEOPLE, the actress wore Dior wedding dress with long sleeves, which was embellished with jewels, and her husband went for a Dior tuxedo. It was a fall-themed wedding with dark-colored flowers, apples in baskets and open fire spits roasting beef.

Also, the food was served in family-style at long tables. They also had a DJ who played all the classics from Jackson 5 to Aretha Franklin.

Eventually, the wedding was estimated to cost an average of $210 per guest and about $31,500 for the food, according to Wedding Wire.

Age, Bio And Some Interesting Facts About Cooke Maroney