By LRU Writer | On: July 16, 2019
Jamie Siminoff is a...his company into...married to...together the couple lives in...has promised that he will ...began to develop...started creating... he has revolutionized...most significant losses...total net worth is said to be... 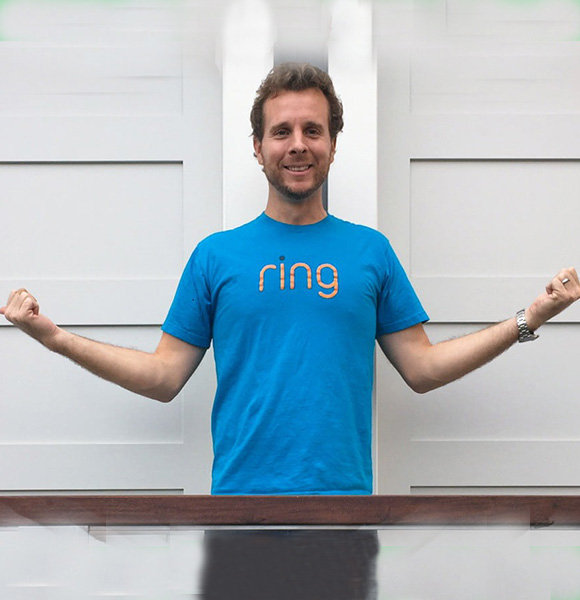 One of the most successful entrepreneurs of the 21st century, Jamie Siminoff is a self-made legend. Born to invent new things, Jamie is the king of startups.

Taking his company into new heights, Jamie and his team produce various items, mainly focusing on reducing crime in the neighborhoods. Some of his most successful business franchises include Ring, PhoneTag, Unsubscribe.com, and many others.

Learn more about him along with the info on his age, wife, children, education & net worth down below!

Jeff could be considered a man committed to his work, but he is also a married man, who shares his household with wife Erin Siminoff. Erin works at the Twentieth Century Fox Film Corporation and is very supportive of her husband's business ideas.

Married back on 7 October 2006, the couple resides in Los Angeles, California with their beautiful son named Oliver. The family did have some hard time after Oliver's birth. Born with a rare condition called Galactosemia, the disease is incurable to date. Hoping to heal his son, Jamie has promised that he will put all his efforts in helping to find a cure.

Nevertheless, these circumstances have not stopped the family from enjoying their life. The couple is also active on social media and love sharing their pictures on Facebook time and again.

Further, Jamie and his wife are also involved socially as they often hang out in outdoor events, including weddings, birthday parties, and more.

The genius inventor started his training at an early age. He initially worked from the basement of his parents, creating his path and transforming old ideas anew. With hard work and perseverance over the years, Jamie began to develop new gadgets and toys in his garage.

Talking About Toys:-Best Dinosaur Toys For Kids Of Every Age - The Perfect Christmas Gift

He recieved his high school education from Morristown Beard. Although school studies was a challenge for him, he later went on to pursue a degree in Entrepreneurship and Entrepreneurial Studies from the Babson College in 1995.

Graduating in 1999, fresh in the business world, Jamie started creating marketing plans for others. Finally, he gathered a group of people and started building stuff of their own.

The idea about his ingenious Ring came to him in his garage. Being stuck in the garage for an extended period, Jamie was never able to answer the door. As he found nothing on the market to help with this dilemma, he decided to create his product.

A few years into the future and he has revolutionized doorbells, providing custom made and easy to use alternatives to the traditional ones.

After not being able to sell his million-dollar idea at Shark Tank in 2013, the entrepreneur was in financial trouble for some time. Initially asking for $700,000 and 10% investment, the invention is reportedly one of the most significant losses ever made in the history of the show.

Jamie later created a smart security company named Ring Inc, after the event, which Amazon bought for an estimated amount of $1.2-$1.8 billion in February 2018. Although Jamie's total net worth was said to be around $300 million in 2018, his ideas are still blooming and so is his earning in 2019.