By LRU Writer | On: December 29, 2019
Footballer Jamie Vardy is a well-known striker in the...also a valuable player of the English national football team...tied the knot with...filled with a star-studded guest list...first met...feud with his family...his parents did not approve of his bride...started playing football at a very young age...career reached new heights after he joined Leicester City...estimated net worth of...annual average salary of... 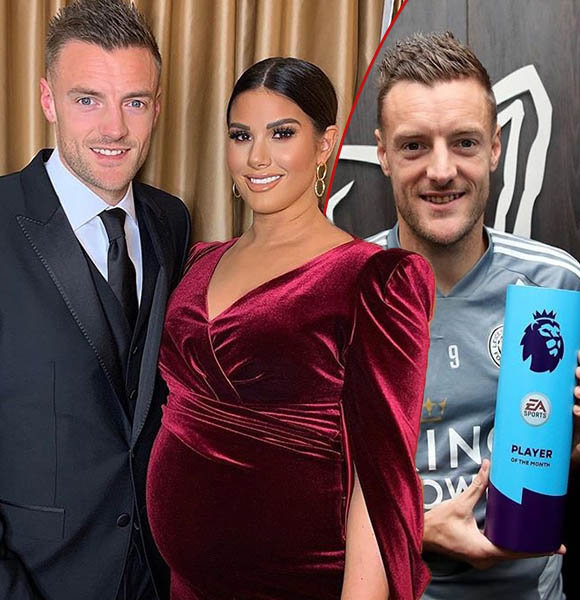 Footballer Jamie Vardy is a well-known striker in the English Premier League, who plays for Leicester City. He is also a valuable player for the English national football team.

Additionally, the star player was also the recipient of the Fleetwood Town's Player of the Year in the 2011-12 season.

Read on to find more about the star athlete's personal and professional life.

Jamie Vardy is a married man. He tied the knot with Rebekah Nicholson (now known as Becky Vardy) in an absolute dreamy ceremony held at Peckforton Castle in Cheshire on 25 May 2016.

The wedding was a grand affair filled with a star-studded guest list, including rapper Tinchy Strider, One Direction fame Louis Tomlinson, and Jamie's Leicester City football-mates. Jamie Vardy (on the right) with his wife Rebekah Vardy and One Direction star Niall Horan on their wedding day May 2016 (Photo: hellomagazine)

Jamie and Becky first met when Becky was working at a nightclub promotional event. The two started dating right away and got married after dating for a short time.

At the time of their wedding, the couple was already parents to a child - a daughter named Sophia, who was 18 months when her parents got married. In 2017, they had their second child together- a son named Finley.

Further, Becky is a mother to two other children: Megan and Taylor, both from her previous relationships.

On 28th December 2019, Jamie and his wife Rebekah were blessed with their third child together- a baby girl.

The big news came from James' social media, where he wrote,

Over the moon to let you know our beautiful little girl has arrived Becky and baby are both doing well and we are all totally in love with the newest member of our team.

The couple had announced their pregnancy news in August 2019. As of now, Jamie and Becky are parenting five kids together. That's one big family for sure.

Jamie's feud with his family became quite a talk when his parents were not among the guests at his wedding.

Although James did not open about his family feud himself, it was reported that his parents did not approve of his bride, who had three children from three different relationships, including Jamie's. Moreover, Jamie's relationship with his parents reportedly started falling out since Rebekah came into his life.

You May Be Interested:- Who Is Kyle Walker's Girlfriend? Dating Life, Kids, Parents

Further, it turned out that Jamie's parents were not the only ones - who missed out on their son's wedding. The brides' parents were also not present for their daughter's big day.

Jamie Vardy started playing football at a very young age. He made his professional debut from Stocksbridge Park Steels in 2007. After that, he also played for FC Halifax Town and Fleetwood Town.

However, his career reached new heights after he joined Leicester City in 2012. Further, he has also played for the English national team since 2015.

From his impressive career in football, Jamie has garnered an estimated net worth of $12 million.

Further, in 2018, Jamie signed a four-year £29 million contract with Leicester City. After the lucrative deal, the star player will be pocketing an annual average salary of £7 million. Well, the new contract will sure bring a hefty raise on his net worth.