By LRU Writer | On: December 30, 2019
Jan Lewan's wife has her own family now and is married to...son was severely hurt in the bus crash...As of today, Jan's relationship status remains...were granted access to meet and greet with late Pope... 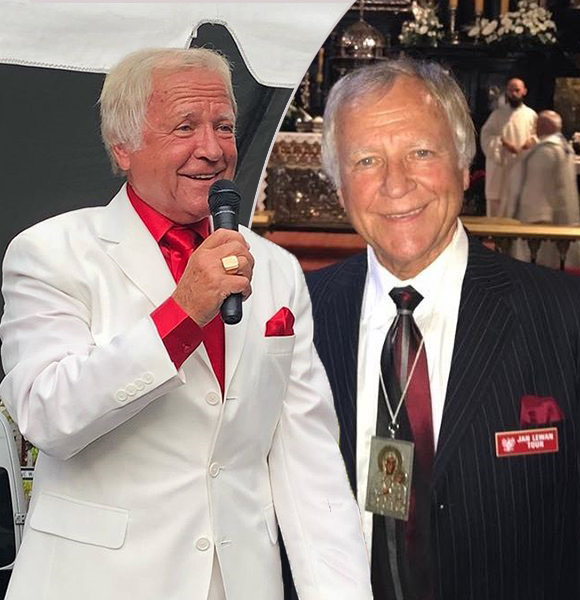 Jan Lewan is a well-known polka singer and even secured a Grammy Award nomination. In 1995, his album Jan Lewan and His Orchestra was nominated for the Best Polka Album category.

However, he is equally known for financial crimes he committed by putting his investors at risk. In 2001, he was charged guilty of running a Ponzi scheme and scamming millions of dollars.

The musician scammed his 400 investors across 22 states of the US of nearly five million dollars. He did plead guilty to his crimes and served time in jail for five years until 2009.

As of today, Jan's relationship status remains unknown. However, he was married to Rhonda Lewan Saive, a former Mrs. Pennsylvania pageant winner. He first met her in his struggling years while he moved to Pennsylvania.

International Swimsuit Pageant :- Who Is Anna Burns? Wes Welker's Wife Exclusive Bio That You Must See

The pair got married and bore two children: a son named Daniel Lewan and his daughter is Amber Lewan.

Both of his children are married, and he is already a grandfather to Daniel's son Tyler. His son works as a general manager for a hotel. Likewise, Amber is a professional chef and is married since 14th October 2018. On the other hand, his then-wife has her own family now and is married to Steve Saive, a former trumpet player from Jan's orchestra. She has been remarried since 2010.

Facts About Jan Lewan Including Age :