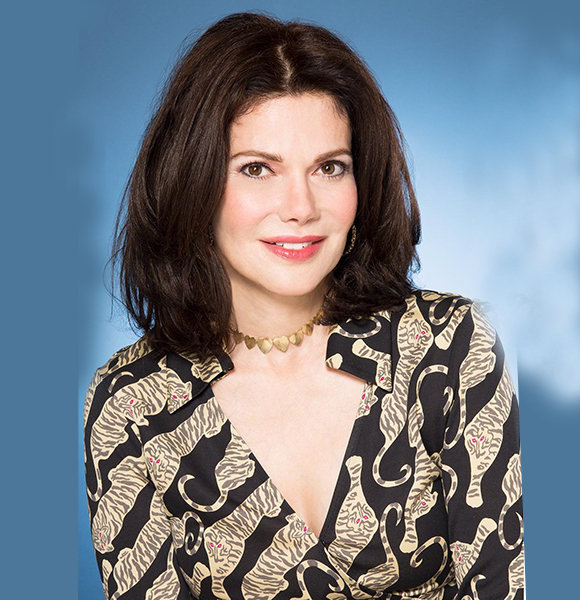 An equally skilled actress, Laura garners appearances on projects such as Take My Life and The Minor Accomplishments of Jackie Woodman.

Besides being a well-recieved producer and an accomplished comedic actress, Laura is also a revered screenwriter. Pretend Time and Saturday Night Live are some of her notable works as a writer.

Beyond her merits, people best remember Laura as the ex-fiancee of actor/musician Jack Black. The former couple had begun dating in 1997.

When Laura first came across with Jack, the duo likely bonded over the shared fondness for comedy. Keeping to their comedic selves, they went up and beyond to flaunt PDA while attending red carpet events. Together, Laura and her boyfriend Jack were the "it" couple of the entire show-biz. No wonder, the fans got thrown in the frenzy when the pair got engaged. Getting married and starting a family seemed like a logical next step for them.

But, the romance wasn't meant to last forever. Following nine years of relationship, Laura and Jack called it quits in 2005. By all means, the split was an amicable one.

Taking little time to mourn the breakup, both Laura and Jack jumped back in the dating pool. By 2006, the former already had a boyfriend while the latter got married to Tanya Haden.

Jack and Tanya would go on to have two children. The same fate didn't await for Laura, who grew distant with the dating scene over time. Her choice in younger partners was of no help either.

Now 50 years of age, Laura Kightlinger is a native of Jamestown, New York but grew up in Boston. She was born on 13th June 1969.

Discussing Laura's family: her parents had divorced before she left for college. Following the separation, her mother went on to date other men while her father got remarried.

A fidgeter since childhood, Laura of five feet & nine inches (1.75 m) height discovered a passion for stand-up comedy while attending Emerson College. After landing gigs with Saturday Night Live and Roseanne, she established herself as a staple.

As of August 2019, Laura owns nine credits as a producer - $#*! My Dad Says and Undateable being the most notable. Meanwhile, she boasts acting credits in over 60+ projects including Lucky Louie and Will & Grace.  In 2019, she starred as Deb in an episode of Hulu series, PEN15.

Working as a screenwriter, Laura garners credits in 18 projects. All thanks to her talents, Laura should collect a respectable six-figure sum salary by 2019.