Jane Bunn Age 39 Had Secret Wedding! Who Is Her Husband?

By LRU Writer | On: September 28, 2018
Jane Bunn, weather presenter, who is at the age 39 is secretly married. She is married to her husband...Jane exchanged the wedding vows with her husband back in...since then she has been going strong with her marital bond but there has not been any news of her pregnancy yet... 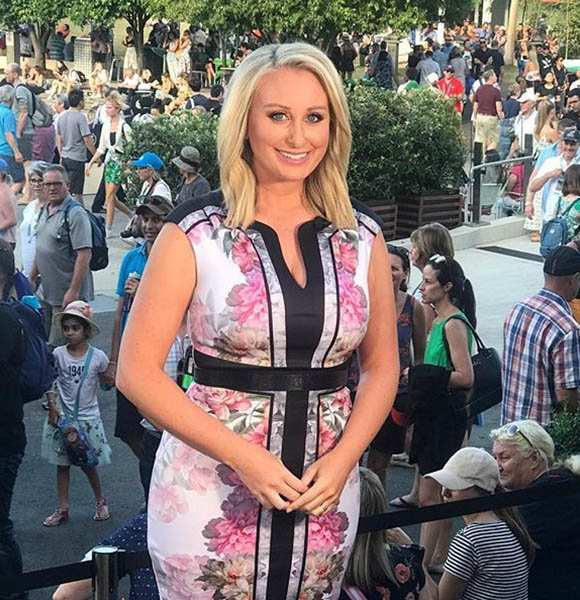 Have a talent and any job can provide recognition even if it's the job of a meteorologist!

Australian meteorologist, Jane Bunn can prove it better for she has been walking celebrity lane, which is rare for a weather presenter. Delivering weather forecast to her viewers appearing on Seven News Melbourne, Jane has been a weather alert for many of her viewers.

While Jane has been updating about weather regularly, she has been saving a blissful weather on a personal front. The Australian meteorologist is already married in a secret wedding and shares the marital bond with her husband of over a decade.

Know about the clouds and rains of Jane Bunn's married life!

Secretly Married? Husband Of Over A Decade

Behind the off-camera, the highly enthusiastic meteorologist, age 39, is a married woman. The weather presenter on WIN News Victoria is married to her husband Michael Bunn, who is an Architecture Practice Manager at BetEasy.

See Also: Travel Guide Writer Rick Steves Ended The Relationship With His Wife, Anne Steves in 2010. The Reason Behind the Divorce?

The couple has been together for over a decade since they exchanged the wedding vows in 2005. However, the couple's wedding could never become a gossip of the town for the Melbourne, Australia native kept it a total hush-hush.

Unlike her sisters Alecia's relationship with Anthony Stevens, Jane remained completely low-key about her wedding among her admirers as not much detail of her big day has been known yet.

Well, Jane has not revealed how she met her husband and fell in love either.

Despite the low-key, the couple has been together for almost 13 years now and by the looks of their social media, they still seem to be going strong with their romance.

Moments With Husband - Blessed With Baby?

While most of her post on the social media relates to her work, she at times post pictures with her husband Michael, who also worked as a flight instructor at Basair Flight Academy. Back in April 2017, she posted a picture with him while they trailed along the Werribee Gorge.

Jane and her husband Michael seemed pretty excited as they passed along the circuit during their hiking getaway. Among the few posts with her husband, Jane also posted a picture of him along with her two mates back in December 2016. Jane Bunn with her husband Michael during their getaway to Werribee Gorge back in 2017. (Photo: Jane Bunn's Instagram)

In the picture, the four of them had a quality time just before the holidays and Christmas was just around the corner. Well, they sure seem like enjoying their time together.

However, even though it has been 13 years since they exchanged the wedding vows, the couple is not blessed with a baby yet. It is not sure if Jane is not yet pregnant or has lost her baby but there has not been any news of them looking forward to having a family of their own.