By LRU Writer | On: September 19, 2019
Confirmation that Jason Butler Harner is a married man...a gay teacher falsely accused of abusing his...keep a lowkey profile on his partner...continued to perform in diverse roles apart from blockbuster movies...he will be making a comeback in the TV show neXT 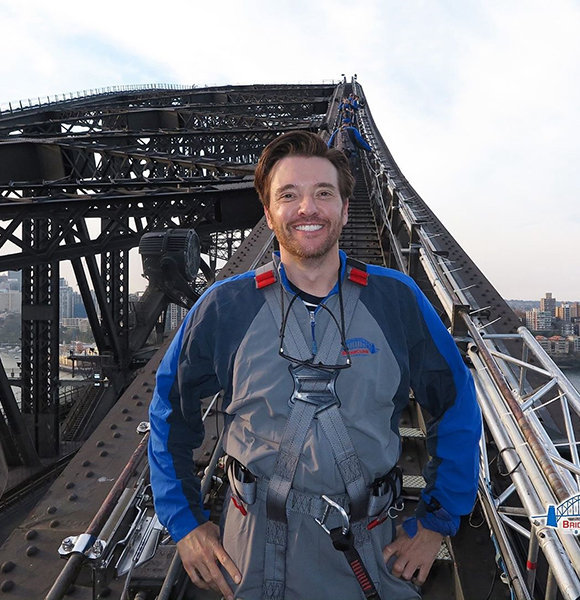 Being a social figure has its drawbacks that come with fame. The exposure to spotlight can often lead to the invasion of privacy of the celebrity.

But, thankfully, Jason Butler's life hasn't yet been included by the celebrity phenomenon.

The American actor enjoys his personal life enough not to let anyone intrude his.

While fans are curious to know about their favorite actor's dating life, Jason hasn't shown any interest to let others in on his personal space.

Still today, The Blacklist star hasn't confirmed whether he is married or not. Jason has even shared his hate towards the industry's hunger for the limelight. He also stated about being glad to roam the streets without gaining unwanted attention.

For now, his admirers will have to suffice in the fact that he'll be seen evolving romantically only on onscreen. On the bright side, there is a high probability that he's still not off the market. However, the actor doesn't plan to remain single (if he is) for the rest of his life.

So, maybe soon, he'll treat his well-wishers with the big reveal of him tying the knot with his other half.

And once he walks the aisle, one thing is for sure, Jason won't be roaming the streets solely with his partner.

However, his family moved to northern Virginia after his birth, when he grew up in a middle-class family.

His father Freddy William Harner worked as a plumber; whereas, his mother Neena Butler is a housewife. Sadly, his parents got divorced when he turned seven years old, but it didn't hurt his life and future career. Instead, he did well in his academics and strived hard towards succeeding in his passion.

After completing high school, the now 48-year-old actor enrolled at Virginia Commonwealth University. There, he continued to focus on theatre and learned acting. Following his graduation, the artist moved to Los Angeles to start his acting career.

Jason made his debut on screen in 2000 with the TV show Guiding Light, where he appeared only for an episode. Soon, he also started to get roles in movies such as Garmento and The Good Shepherd. Likewise, in 2007, the artist worked alongside A-list actor Nicholas Cage in the action-thriller titled Next. Furthermore, he continued to perform in diverse roles apart from blockbuster movies.

In 2011, Jason played a significant role in drama movie The Green, portraying the role of a gay teacher falsely accused of abusing his male student. On top of that, he played a recurring role in famous TV shows such as Homeland and This Is Us.

Despite his involvement in the Hollywood industry for almost two decades, his net worth hasn't been disclosed yet. With so much secrecy surrounding in his personal life, probably, the actor isn't comfortable with his finances getting public.

It's also evident that he isn't a household name yet, but that doesn't mean he isn't paid handsomely. His reported average salary amounts to $49K per year.

Moreover, he will be reprising the same role in the TV show neXT  - TV spin-off of the 2007 movie Next. So, if the show does well upon its release, an impressive paycheck is guaranteed for him.

American Actor neXT The Good Shepherd This Is Us The Green