By LRU Writer | On: September 16, 2019
Alex Wassabi...The Wassabi name is extremely popular in the...rise to stardom came from his videos when he and his friend... cute appearance may entice the same gender, he...apparently met on a YouTube event called...both talked about their...The pair's relationship was made public when his beautiful girlfriend...reported net worth is a sum of...they are also making their way into the social media celebrity... 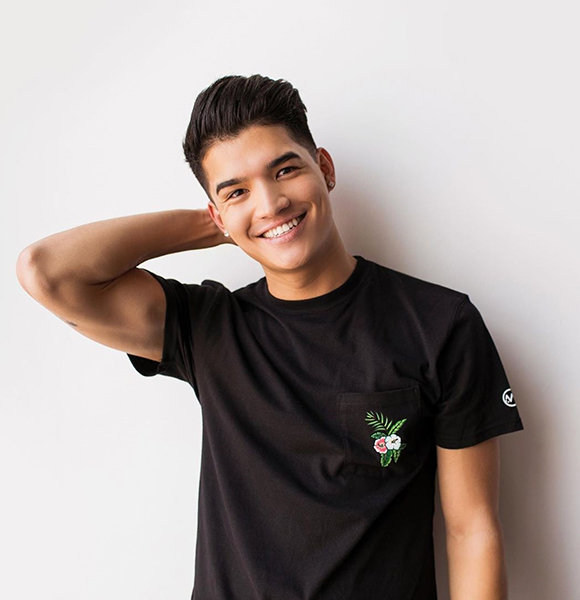 Alex Wassabi's name is trendy among the YouTube community. With over 11 million subscribers to his famed channel, he is a rising social media sensation.

His channel was initially launched as Wassabi Productions with his former comedy partner Roi Fabito. From creating parody music to songs of his own, his YouTube content is quite entertaining and full of funny videos.

Alex's rise to stardom came when he and his Roi created the parody version of 2012 Carly Rae Jepsen's hit Call Me Maybe. The parody titled Rolanda & Richard was such a hit it reached 80 million views in just two years of its release.

Is He Gay? Dating History

While his cute appearance may entice the same gender, Alex doesn't fall into the gay community.

His dating history is more than enough proof of his straight sexuality. His longest and the most renowned relationship was with none other than the famous Lauren Riihimaki. A YouTuber like himself, Lauren and Alex started dating each other since 2015.

The two met on a YouTube event called Brandcast in New York City in April 2015. After their meeting, Lauren and Alex began to appear on each other's videos frequently. The duo shared a boyfriend-girlfriend relationship until September 2018 when they called it quits.

Through a sad video titled " We broke up," Alex and Lauren both talked about their separation, leaving fans devasted with the news.

Almost a year after the split, Alex has moved on from his ex. Seen with the sensational Olalla Lopez - better known as CaELiKe - the love between the pair is slowly brewing as of 2019. The pair's relationship was made public when Alex's beautiful girlfriend posted a picture of them together on Instagram at the Coachella Festival in April 2019.

With the impressive resume Alex has to offer, no wonder the social media celebrity has acquired his title.

Including his self titled channel Wassabi, Alex also has his vlogging channel which has a whopping 2 million subscribers. Alex also has acting credits to his name including TV series like Seven Bucks Digital Studios, DashieGames, AnimeCrimes Divison, Light as a Feather, Escape the Night, and MiddleSchool Moguls.

In estimation from his YouTube earnings alone, he stands to make an earning of $85.5K - $1.4 million per year. Adding to his merchandise website, at the age of 29, Alex's reported net worth is a sum of $3 million.

Real name Alex Burriss, the YouTuber was born on 28 March 1990 in Montana. He shares a multiracial Filipino ancestry on his mother’s side and possesses white ethnicity from his dad.