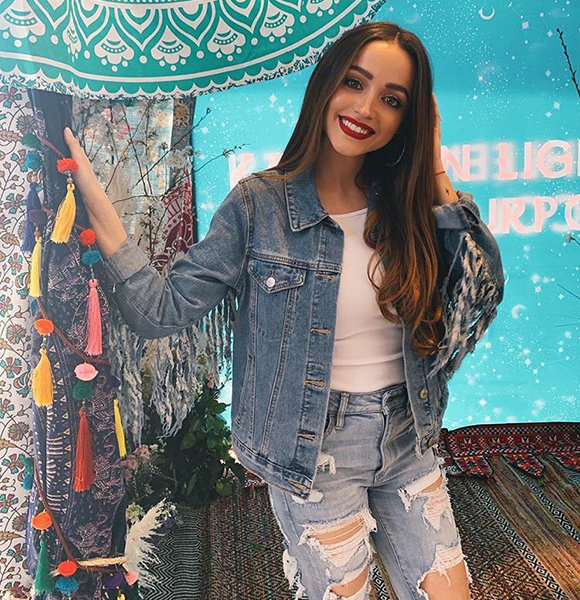 KathleenLights has attracted a wide fan following ever since she stepped into the world of YouTube, sharing her happy moments and makeup skills with the world since 2012. Fandom is well invested in her married life with her husband.

Being in the public eyes constantly raises many rumors, from which one went:

Did KathleenLights Divorce Her Husband?

Famous personalities' marriages often attract divorce rumors as a byproduct of fame. So likewise, the beauty guru's name couldn’t escape such talks either. Thankfully though, she is in a happily married relationship with her boyfriend-turned-husband, Daniel Fuentes. Her husband, Daniel Fuentes, was formerly a soldier and served his time in Afghanistan. Kathleen was well acquainted with her spouse since her childhood due to her friendship with Daniel's sister.

They started dating after Daniel left the Army. Interestingly, their first date took place on Hard Rock near a restaurant called Tattoo.

The influencer’s wedding took place on 22nd January 2010. But, her happy day got marred by controversies as there was a lot of backlash within her fan community; all of the ruckus started because of the age gap in their marriage.

Since her husband is seven years older than her, many pointed out that she should’ve found someone closer to her age. But, she took to Twitter in 2016 to reveal her indifference towards all the criticisms. As a happily married woman, Kathleen features her husband in several of her videos.

Net Worth and Career

Talking about KathleenLights's earnings, she has a self-titled YouTube channel with over more than four million subscribers. Similarly, she has a second channel titled DaysOfOurLights, where she posts her vlogs and documents her everyday events. Interestingly, it boasts over 131 thousand subscribers. Moreover, her Instagram account has more than two million followers.

With all her credentials, the internet icon has yet to reveal any information on her verified net worth. However, her sources of income are enough to confirm that she accumulates a handsome salary.

For You:- Most Expensive Makeup Brands & Products In The World

Her YouTube channel remains her most valuable asset as she earns about $25,000 on average from it. She also receives paychecks from various brands such as Colourpop and Morphe from online promotions.

Further, she has her nail polish line named KL Polish. In 2018, The social media star worked for the YouTube channel Univision Creator Network (UCN) under an undisclosed contract.

Since a major Spanish-language television station owns the channel, she surely received an impressive paycheck, increasing her net worth.

Speaking about her family, Kathleen's parents moved to America from their native country Cuba. Thus, the internet personality is very transparent about her Latin roots. Kathleen even shared a series of old home videos showcasing the family’s past events through Instagram in 2019.

Standing at the height of  5 feet and 1 inch (1.5 meters), she grew up in Miami, Florida along with her elder brother Johnny and younger sister Ylette Luis. Her sister is an established entrepreneur with her own online jewelry store.

The siblings' parents ended up getting a divorce when the YouTube star turned 18.

With her rising career and happy married life, do stay with us for more updates.