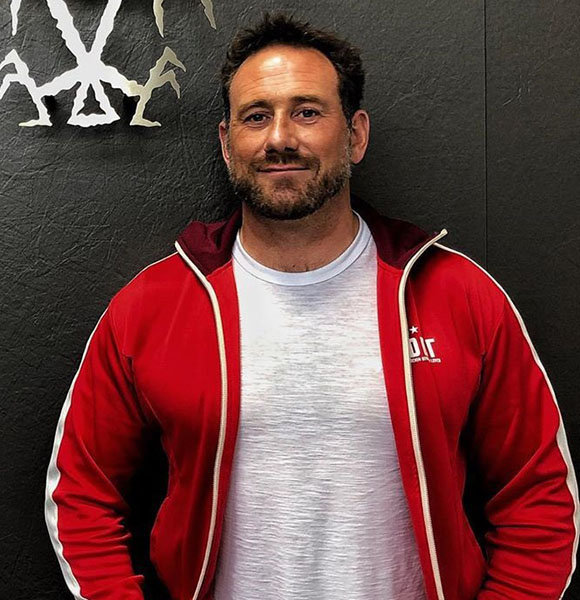 Based in London, England, Jason Fox is a TV and film consultant by trade. He skyrocketed to international fame because of his contributions to Channel 4 shows like The Real Narcos and SAS: Who Dares Wins.

Prior to pursuing a career in TV, Jason was a military man. He had previously joined the Royal Marines at the young age of 16. Specializing in counter-terrorism and demolition, he went on to serve for 20 years.

Jason's life in the military profoundly changed him. While he earned proficiency in combat-related skills, his married life fell all over the place.

Diagnosed with PTSD, Jason found it difficult to adjust to civilian life after his return from the service. In turn, his deteriorating mental health adversely affected the relationship with his first wife and later with his second wife.

For his part, Jason doesn't blame the stint in the military for the collapse of his two marriages. In his own words:-

"I've got two marriages that have gone down the pan - I like to attribute it to the military life but then I look at the common denominator which is me."

A two-time divorcee, Jason shares two children (both daughters) with his former romantic partner(s). But, whether both of his daughters come from the same mother or different, remains a mystery.

Despite the bitter experience with married life, Jason continued his search for an ideal partner. By 2016, his mental health had turned over a new leaf. Even better, he was back in the dating scene.

A woman named Jules Hawkins had quietly stolen Jason's heart. Or that's what the fans believed when he shared a photo of his alleged girlfriend kissing him on his cheek. Call it fan fiction or romanticizing friends, Jason sure did look elated in the said picture. However, after this photograph, the lady hasn't made any appearances in Jason's Insta-feed.

A fighter since birth, Jason had arrived on Earth two months prematurely. With his biological parents' prayers and support, he grew into an able man.

Hailing from a family of four, Jason is siblings with Mathieu Fox. Growing up in Luton, his dad - who served in the Marines - was a significant influence on his decision to join the military at the young age of 16. He was not good at studies, hence, it was the major push factor for him to start his career early. Currently, his mother Hilary Fox is living her retired life in the most romantic country, France. "Retired living in France loving life!," is what her Insta bio says.

Standing at an impressive height of six feet & two inches (1.87 m), Jason possessed all the making of a military man.

Starting as a Marine, Jason eventually trained to become a Special Forces Agent. His years in the service proved a valuable experience when he chased a career in the corporate world.

Before jumping into the TV business, Jason was a part of Sodexo Defence Services, Team Essence, and XCell Aerial Services. From all the dealings, he should boast a six-figure sum net worth.

Besides The Real Narcos and SAS: Who Dares Wins, Jason gets recognized for his commentary on the 2018 documentary Meet The Drug Lords: Inside The Real Narcos. He also became the number one best-selling author with his book Battle Scars: A Story of War and All That Follows in 2018. He has written a total of 4 books by now. The latest one was published on 15 August 2020 called Life Underfire: How to Build Inner Strength and Thrive Under Pressure. This humongous sales of his books must have brought Jason a good fortune.

Not to mention, his popularity is spiking as he also secured a Guinness World Records in 2020 along with his team for rowing east to west across the Atlantic Ocean from mainland Europe to mainland South America. The trip was done in 2016, however, it took four years to gain the certificate. With a huge fan following of 636K on his Instagram, the prospect of brands and product promotion has widened up and Jason occasionally does it too.

Furthermore, his earnings will amplify from his live tour which had to be rescheduled for 2022 because of the Covid-19 pandemic. Life at the limit will be Jason's first live tour and we wish him all the best.