By LRU Writer | On: February 17, 2020
Jason Hawes is married to his wife since...As per the site Celebrity Net Worth, Jason's...details on his children...info on Jason Hawes's new show...Jason's latest show to date is the TV documentary series...The latter is his youngest daughter who arrived in the world on...taking calls from paranormal investigators nationwide who report on... 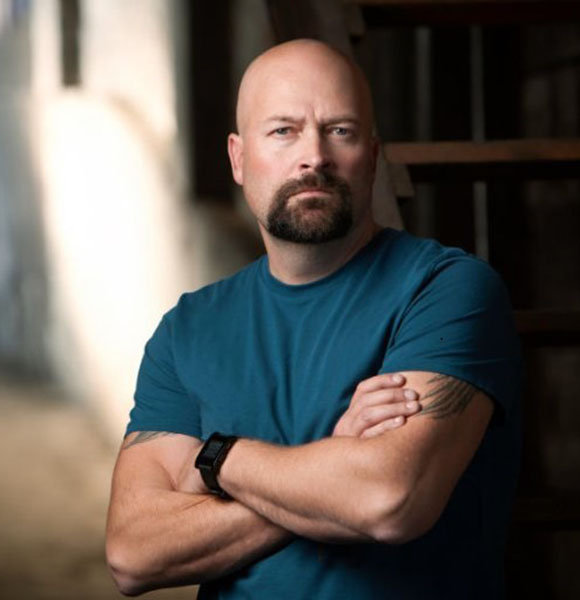 The founder of The Atlantic Paranormal Society, Jason Hawes is best known as the Paranormal enthusiast and one of the producers of the Syfy series, Ghost Hunters (2004).

Jason has been married to his wife Kristen Hawes (formerly Kristen Cornell) since 20th May 1998.

Today, the two are already parents to their six children. They have four daughters: Haily, Satori, Samantha, and Ellie Hawes. The latter is his youngest daughter who arrived in the world on 20th February 2018. Likewise, Samantha is the eldest daughter in the family. The TV personality also has two twin sons: Austin and Logan Hawes. Interestingly, one of them was born at 11:55 PM whereas the other one came into the world at 12:19 AM making their birth on different days.

As per the site Celebrity Net Worth, Jason's net worth stands at $3 million.

Jason's latest show to date is the TV documentary series, Ghost Nation (2019). The show premiered on 11th October 2019 on the Travel channel and features his frequent collaborators: Steve Gonsalves and Dave Tango.

The premise of the show revolved around his team taking calls from paranormal investigators nationwide who report on unexplained phenomenons. One of the episodes featured in the show dealt with the footage of a ghostly shadow figure walking by a couple's baby’s crib that was captured on nanny-cam.

Also, during the premiere of his show, the investigator announced the formation of UPRO (United Paranormal Research Organization), his team's new banner. On the series, his group collects evidence, reviews the paranormal case, conduct multi-day investigations and track down the true source of these hauntings.

Facts About Jason Hawes Including Age: