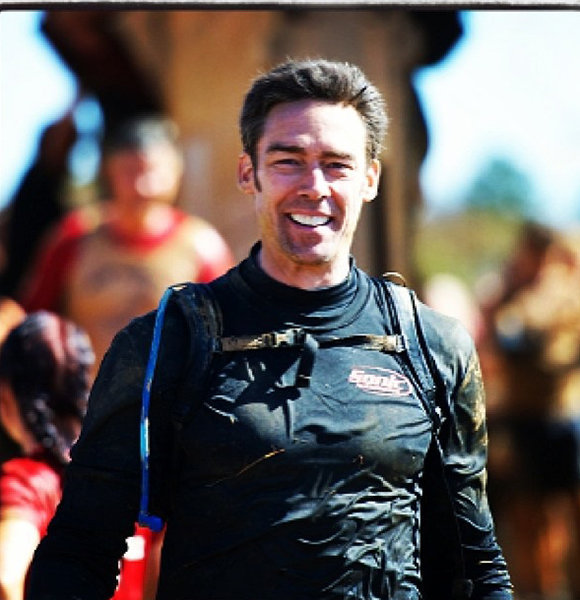 Jason Sehorn, a former top American football cornerback who played for the St. Louis Rams and the New York Giants in the National Football League (NFL), began playing the sport in high school. Similarly, throughout his pro-NFL career, he has a net of 458 tackles, 19 interceptions, and five touchdowns.

His marital life begs to differ from his official career, which appears to be impressive and stellar. You've come to the right place if you want to learn as much about his private life, including his marriages, children, and net worth.

Let us go deeper into the life of the cornerback exactly now.

Jason Sehorn And His Tale Of Failed Marriages

To be more explicit about his romances, when it came to dating women and maintaining long-term relationships, Sehorn has always had a difficult time.

In February 1998, the athlete shared the vows with his college sweetheart, Whitney Casey. She was a journalist who worked for CNN and ABC News.

On His Ex-Wife:- Whitney Casey, Divorced With Ex-Husband, Didn't Have Sex For 5 Years?

But sadly, their relationship didn't last long, and the couple divorced just after a year of marriage. After the pair parted ways, Casey transferred to the University of Virginia.

Casey, who is perhaps most known for her brief marriage to Jason Sehorn, confessed on Howard Stern's show that her marriage went south after three months.

Like his previous wife, who dealt with the breakup by relocating, the player went on in life, only to fall in love with another woman. On March 13, 2000, the footballer boldly gave the American actress Angie Harmon a ring as a marriage proposal on the popular talk show The Tonight Show With Jay Leno, when the actor was a guest.

On June 9, 2001, the footballer got hitched with his new love interest after almost a year of dating. In their 13 years of marriage, the couple had three daughters: Finley, Avery, and Emery.

Tragically, the couple chose to split ways in November 2016 after a lovely journey of life they shared together.

But, three years later, Harmon got engaged to Days of Our Lives actor Greg Vaughan in 2019 Christmas. However, the actress isn't the only one who has gotten forward in life with someone else by her side.

Married To Meghann Gundermann For The Long Haul?

As of 2021, Sehorn is married to American entrepreneur and activist Meghann Gundermann since 2017. Similarly, they welcomed the new member of the Sehorn family, the player posted a picture of his little angel, Sage Cru Sehorn, on Instagram (18 August 2020).

Now, the pair are parents to 4 daughters, Finley, Avery, Emery, and Sage. On the other hand, his philanthropic wife tends to be quite close with the first three girls, and it appears that they share the same sentiments. They seem to have a great bond. Everything About Him The Footballer, Jason Sehorn

Jason Heath Sehorn was born in Berkeley, California, on April 15, 1971. When it comes to his family, his father, Mike, and mother, Nancy, divorced when he was just two years old.

He attended Shasta College, a junior collegiate in Redding, California, for his first two years of college football. He had been a great wide receiver, kick returner, and punt returner. Then, he played for two years at the University of Southern California when he was shifted to safety due to an absence of vast receiver skill.

A noteworthy detail is that the American footballer has also starred in movies! He is an actor who has appeared in films such as Third Watch (1999), Women's Murder Club (2007) and Kickin' It (2011). In addition to acting, Sehorn served as a college analyst for ESPN.

For You:- Andrew East Net Worth, Salary, Wife

Given that Sehorn has a pretty good career history, at the age of 50 currently, he is currently the Director of Communications at the Hendrick Automotive Group, a car dealership in Charlotte, North Carolina.

He has had various attempts to push his profession to new heights after completing his years as a football player. Standing tall at 6-2 ft, the retired American professional football player has a net worth of $20 million.