By LRU Writer | On: February 24, 2020
Jason Smith is a professional chef and...gained fame as the winner of...was born on...passion for cooking started at the tender age of...started cooking with his grandmother...school caterer and became a cafeteria...also appeared as a judge on Food Network's...a huge fashionista...apparently works with two stylists...reportedly spends about 20-24 hours... 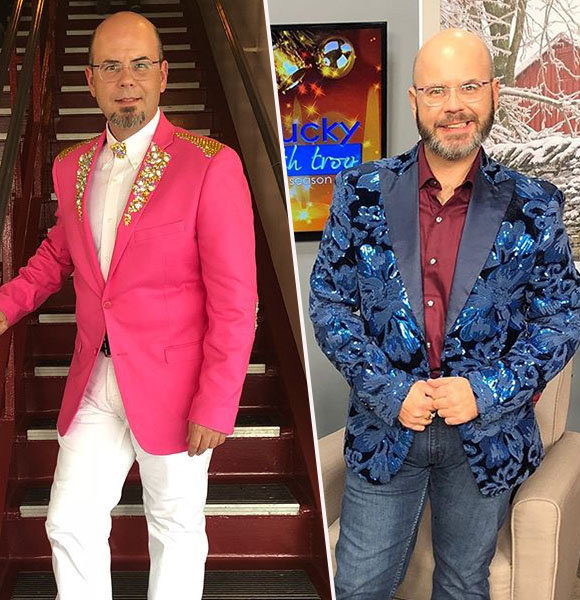 Jason Smith is a professional chef and a reality TV personality who first gained fame as the winner of Food Network’s Holiday Baking Championship in 2016.

After winning the baking show, he competed on Food Network's Next Star in 2017 and ultimately claimed the coveted title.

Read on to know more about the talented chef and Food Network's ultimate star.

Jason Smith was born on 16th December 1977 in Kentucky, USA.

Another Reknowed Chef's Complete Bio:- Who Is Sara Moulton? Everything We Know About The American Chef

He grew up in a home rule-class city in Kentucky, called Grayson.

Jason's passion for cooking started at the tender age of seven. He initially started cooking with his grandmother in her kitchen.

As he grew up, his skills got better and better. He started to work as a school caterer and became a cafeteria cooking manager at school.

But his life took a turn when he competed on Food Network’s Holiday Baking Championship in 2016. Jason Smith in action as a contestant on Food Network in 2017 (Photo: foodnetwork.com)

He not only won the show but also gained huge admiration for his delicious, budget-friendly recipes.

After winning Holiday Baking Championship, Jason also made his mark on the Food Network's Next Star. He beat out a number of other chefs during the 11-week contest and ultimately bagged the winner's title.

Following his two wins on the cooking competitions, Jason also appeared as a judge on Food Network's Best Baker in America.

Apart from his passion for cooking, Jason is also a huge fashionista, who is known for his bright and vibrant outfits.

The Food Network star apparently works with two stylists and often changes his outfit five or six times a day when he is shooting for the shows.

I like clothes that make me and other people feel happy, I call it 'Country Bling' and it extends from my head to my feet, even my underwear matches.

Moreover, in the same interview, Jason also revealed that he flies with 16-20 outfits, with one bag for jackets, one for shoes, and another for his matching glasses.