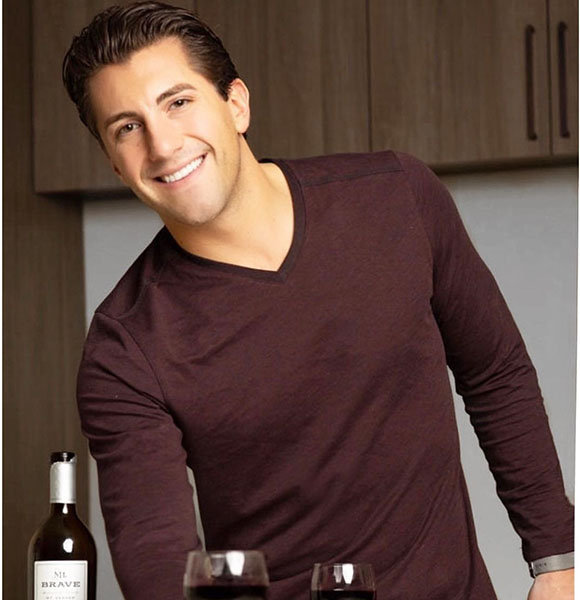 You don't go around looking for love; it finds you. Jason Tartick’s dating life is a perfect example of the statement. Out looking for his soulmate, Jason stumbled on to his beautiful partner, who broke the prevailing norm to ask the man out on a date.

Is Jason Dating? Who Is Girlfriend?

Jason ventured into the world of reality TV shows to find a life partner. He participated in the 14th season of The Bachelorette, during which he was linked with  Rebecca “Becca” Kufrin.

The love birds had everything going right for the time being. Rebecca even met Jason's parents and friends. Sadly, the relationship came to an end when Rebecca realized she didn't see a future with him.

Moving on from the relationship, she married Garrett on the 6th of August 2018, The Bachelorette’s winner. Meanwhile, Jason remained single.

However, things took a turn when his search for a partner was reversed as a beautiful woman found him. Kaitlyn Bristowe asked Jason to take her out on a date live on her podcast in November of 2018.

Kaitlyn's Former Boyfriend:- Did Shawn Booth Split With Kaitlyn? Reveals The Truth Amid Break Up Rumors

Although their relationship was a rumor at first, Jason confirmed the bond when he posted a photo of the couple on his Instagram in June 2019. Kaitlyn - who stretches at the height of 5 feet 4 inches (1.62 m) - was previously in a relationship with former The Bachelorette co-star Shawn Booth. The pair dated for each other for nearly three years before eventually breaking up in 2018.

Jason Tartick - age 30 - was born in Buffalo, New York, which makes him an American by nationality. His date of birth is proclaimed as 24 October 1988. He grew up in a family of four that consisted of his father & mother: Gary and Dale.

Not much is known about his parents. He also has a brother named Steven, who is openly gay and happily married.

The actor did not have to travel much for his education. He attended Williamsville East High School in his hometown and earned a Bachelors of Science in Business Administration in 2010 from the State University of New York College at Geneseo. In 2016, Jason attended The Simon Business School at the University of Rochester and received an MBA degree in Accounting and Finance.

Jason came to the attention of the general public after he appeared as a participant on the reality TV show, The Bachelorette. He appeared on the 14th season of the show alongside 27 other contestants to win the heart of Rebecca "Becca" Kufrin.

However, away from the cameras, he works a white-collar job. He works as a Vice President and Senior Middle Market Banker at the Key Corporate & Commercial Bank. Located out of Seattle, Washington, he has been on the role for almost a decade. His salary is not disclosed, but it is estimated to be higher than the average of $130K per year.