By LRU Writer | On: August 06, 2019
Jean Louisa Kelly and husband share...Got married in...Hailed from a family which owned...Summons a mouthwatering net worth of...stands at a towering height of...career extends over... 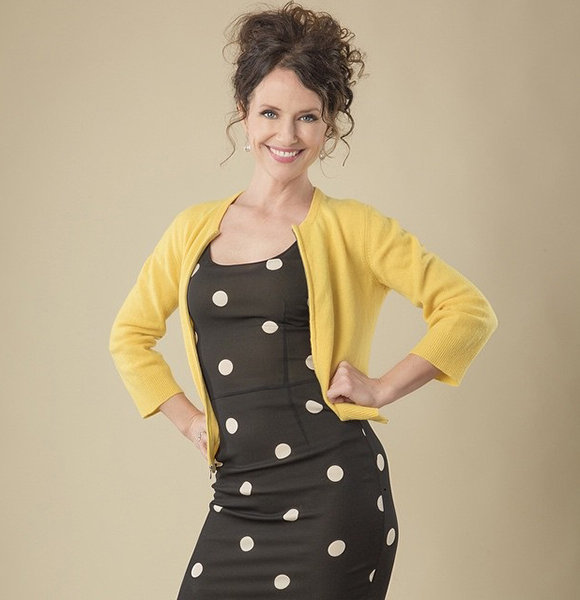 Jean Louisa Kelly is a trifecta — she can sing her heart out, dance beautifully, and act tremendously.

An ever-green face in the American TV scene, the Worcester, Massachusetts native gets best recognized for portraying Kim Warner in the beloved sitcom, Yes, Dear. Aired between 2000 and 2006, the show starred actors like Anthony Clark, Mike O'Malley, and Liza Snyder.

Playing the role of Princess Gwenevere in the 1996 TV series Starla and the Jewel Riders, Jean skyrocketed to national fame. After her breakthrough performance, she went on to forge an epic career on TV.

All of Jean's career accolades fall flat when placed next to her married life with husband, James Pitaro.

Like the actress, her better half is an accomplished figure in his line of work. A graduate of Cornell University, James began serving as the President of ESPN and Co-Chairperson of the Disney Media Networks from May 2018. He had joined The Walt Disney Company in October 2010.

When Jean and her husband James got married in 1997, the latter was still working as an associate at the New York-based law firm called Wilson, Elser, Moskowitz, Edelman & Dicker.

Six years into their lives as a married couple, the actress and the businessman welcomed their firstborn — a baby boy named Sean. In spring of 2006, the family grew into four as the duo got blessed with daughter Josey. With no rumors of possible tumult between Jean and James, the duo are a rare success story in Hollywood.

Because of the family background and his position at The Walt Disney Company, James should boast a respectable net worth.

That said, Jean is not a slouch either. Not only did her three decades-spanning career help gain international fame but also aided her financially. Reportedly, the Mad About You actress summons a net worth of $6 million.

With over 50 acting credits in movies and TV shows, Jean proudly flaunts the title of Hollywood icon. Some of her memorable on-screen performance came in projects such as The Fosters, Sin City Saints, Hero Factory and Cold Feet.

In 2019, media outlets cited that the veteran actress was busy filming Top Gun: Maverick and Call of the Wild.

The mother of two hails from a well-to-do family. Her father Joseph Kelly owned the molded plastic products business called Kelly Company. Meanwhile, her mother Wendy I. Kelly worked as a piano teacher.