By LRU Writer | On: August 30, 2019
Jeff Baena set out to be a film director but a freak accident added another...The director went to New York University to study Films and worked his way through the tough...Jeff’s dating life is an open book. He has been dating Parks And Recreation actress... 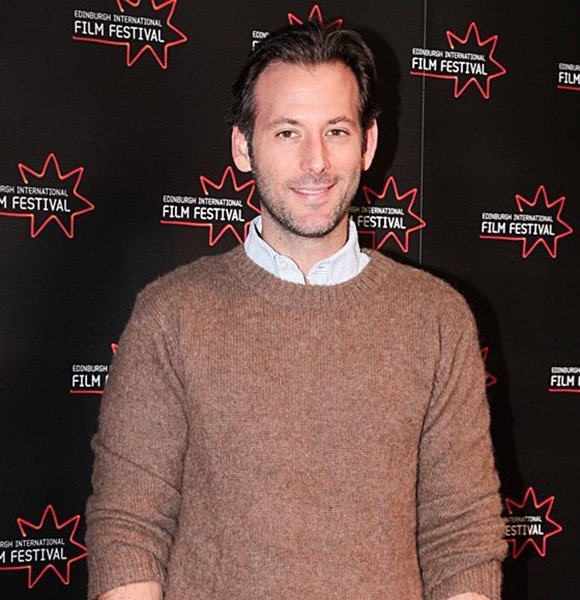 Jeff Baena set out to be a film director, but a freak accident added another feather in his cap as a screenwriter.

It so happened that while he was assisting the acclaimed director Robert Zemeckis, Jeff met with a critical accident resulting in a severe eye injury. While he couldn’t help in the film set due to the wounds, the aspiring director gave his input on the film’s screenplay.

The talented guy ended up as the co-writer in the 2004 movie, I Heart Huckabees. Further, Jeff received a Grand Jury Prize nomination at the Cannes Film Festival for Life After Beth. Interestingly, it was his writing and feature debut with the horror film.

The director went to New York University to study films and worked his way through the robust Hollywood industry. Today, he has direction and writing credits in movies, namely Life After Beth, The Little Hours, and Joshy. As a busy director, he earns an average of $500K per project.

And, as a writer, he fetches $72,600 per project which adds to his growing net worth.

Also, Jeff has acting credits in movies like Digging for Fire and The End of Love, which might have fetched him a salary of $50,529.

Thus, the multi-talented hyphenate boasts a decent net worth, although undisclosed.

Jeff’s dating life is an open book. He has been dating Parks And Recreation actress Aubrey Plaza since 2011. The director’s girlfriend has opened up multiple times about their relationship on social media. According to Aubrey, they understand and support each other as both work in the same industry. Further, they like to remain busy in their world playing games like Settlers of Catan and Battlestar Galactica.

Along with an intimate personal life, Jeff and his actress girlfriend also share a professional relationship. The director-actress duo has worked in Jeff’s almost all movies namely Life After Beth, Joshy, and The Little Hours.

For You:- Henry Winkler Net Worth, Wife, Kids, Gay

The pair's professional and personal partnership is working for sure as Jeff and Aubrey remain a couple to date.

Previously, Aubrey dated actor Michael Cera for a year and a half. The pair started dating after meeting at the set of Scott Pilgrim vs. the World. At the height of their romance, the actor duo almost got married in Vegas. But, the pair’s romance fizzled out, and they parted as friends.

Jeff was born on 29 June 1977 in Miami, Florida. The actor of age 42 grew up under the care of his loving parents. However, his father thought the director’s favorite films - A Clockwork Orange and 8 ½ - were weird. Nevertheless, he supported Jeff’s decision to pursue a career in Hollywood.

Although much info remains hidden about Jeff’s family, it is public knowledge that his family is Jewish.

Further, exciting facts about the director include his love for tennis and membership of the Interstate 5 Tennis Association.