By LRU Writer | On: August 12, 2019
American actress started acting at the age of...won the young...was in a relationship with photographer...has a son...celebrates her birthday on... had her fair share of relationships... 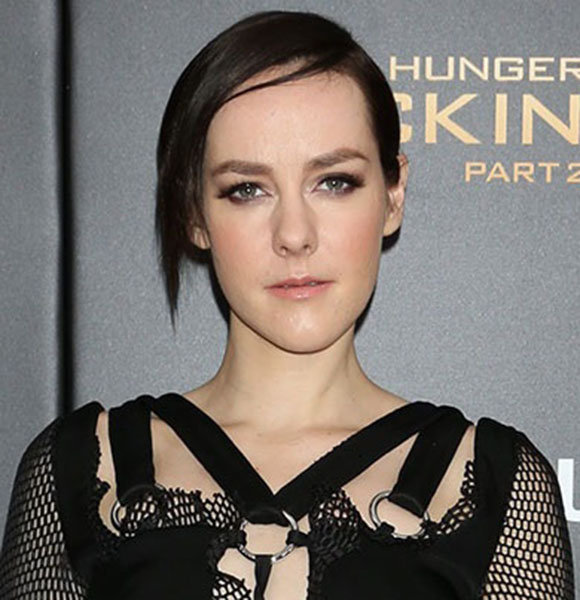 Child actor, Jena Malone has been in the showbiz for almost two decades now. Starting from 1996, she got known for her debut role of Ruth Anne 'Bone' Boatwright in Bastard Out of Carolina.

For 2019, she got busy with the production of an Untitled project of Bush & Renz plus movies as Lorelei, and Stardust.

Jena was born in 1984 in the state of Nevada, United States. Now aged 34, the actress celebrates her birthday on 21st November.

She comes from the family of Edward Berge and Deborah “Debbie” Malone. However, her parents separated when she was young. So, she grew up alongside her younger sister Madison Mae Malone and single mother.

Child Actor: - Kicking It Off At A Small Age, Kyle Catlett Is Now Unstoppable When It Comes To Movies And TV Shows

Jena was homeschooled for most of her childhood. But, later for 9th grade, she attended the Professional Children’s School. Later following her passion in Photography, the actress went to enroll at a community college in Northern California in the fall of 2002.

Regarding her physical appearances, the actress stands with a fantastic height of 5 feet 5 inches (1.65 m). She has a slim figure and has a well-maintained body that weighs 53 Kgs.

The actress has had her fair share of relationships. In the past, she was linked with TV actor, Erik von Detten. Jena was also in a relationship with John Pena for some time.

In 2016, the Sucker Punch actress went on to be in a relationship with photographer Ethan DeLorenzo. She began dating the musician in late 2015. With their time together, the couple welcomed a son named Ode Mountain DeLorenzo Malone in May of 2016. Jena Malone with her fiance Ethan DeLorenzo and son on the 31st of May 2016 (Photo: Jena Malone's Instagram)

Following the birth of their son, Jena and Ethan got engaged in August of 2016. However, just like her past relationship, the one with Ethan did not last either. The couple parted ways in December 2017.

Now, the actress raises her son as a single mother.

Jena was inspired by her mother, who worked for community theatre to become an actress.

So, she made her debut in TV film with Bastard Out of Carolina at the age of twelve. Playing the role of a physically abused and molested girl, her prowess in acting was highly appreciated - in 1997, she bagged the Young Artist Award.

Since her debut, Jena has been wowing her fans every time she appears on the screens. Some of her notable work includes Carine McCandless in Into the Wild (2007), Amy in The Ruins (2008) and Sarah Reynolds in 5 Star Day (2010).

However, it wasn't always a smooth sail for the actress; the highly controversial movie Sucker Punch almost made Jena leave the showbiz. Nevertheless, keeping her morale high, Jenna continued to work in the industry and doing so, managed to reach higher heights.

Working in the entertainment industry from a young age, the actress has undoubtedly gained worldwide recognition. Also, she has a net worth of $4 million.