By LRU Writer | On: July 18, 2019
Jena Sims and boyfriend started dating each other in 2017....the actress’s list of ex-boyfriends includes soccer player....Brooks Koepka is a well-known figure in the arena of sports as the... 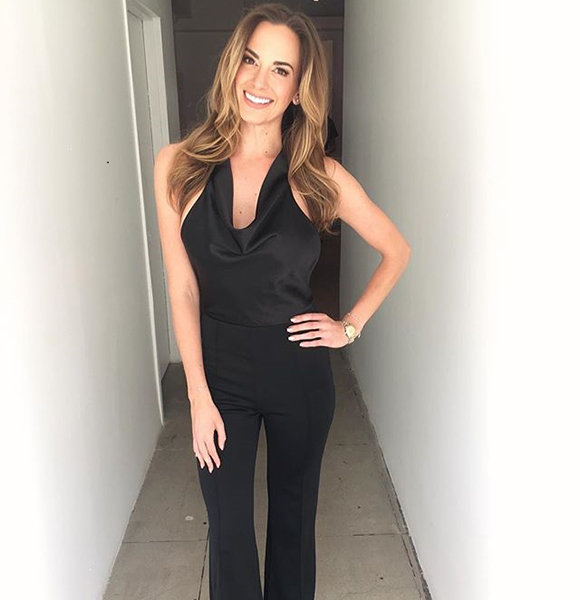 Jena Sims is an American actress and a philanthropist. She has starred in more than ten TV series already and has several movies to her credit.

However, in recent years, her name has been mostly in the spotlight due to her relationship with Brooks Koepka. Brooks is a professional golfer - who won the 2019 PGA Championship.

Ever since she started dating the player, their romance has become an obsession to many of the couple's fans.

Without further chit chat, let's dive into the personal & professional realm of the beautiful actress

Jena and Brooks Koepka started dating each other in 2017. Since then, the duo has managed to spend some quality time while also making appearances at various public events as lovers.

On 9th July 2019, she attended ESPN's Excellence in Sports Performance Yearly Award with her boyfriend and made headlines across the internet. In the pre-party event, the actress could be seen braless, which created quite a buzz on the web. In the past, Jena reportedly dated actor Robert Buckley while Brooks was together with Becky Edwards. But her relationship with Robert was never confirmed nor denied by either of the two.

The model was born on 30th December 1988 in Georgia as Jena Michelle Sims. She flaunts a Caucasian ethnicity and is an American by nationality.

Jena's parents enrolled her in Winder-Barrow High School, from where she had graduated by 2007. Later, she attended Belmont University and eventually took acting classes after moving to California.

Initially, Jena started as a  model and even won the prestigious Miss Georgia Teen USA 2007. As an actress, she acted in several TV shows and finally made her movie debut through 2012 movie, Attack of the 50 Foot Cheerleader.

Likewise, she has appeared in hit cult movies such as Sharknado 5: Global Swarming and Kill The Messenger. As of now, she is preparing for the role of a news reporter in the upcoming movie, Angel Investors.

At the age of 31, the artist has already accumulated a net worth of $2 million. Furthermore, she is making wise use of her fame and income through her charity organization titled “Pageant of Hope.” The organization works in encouraging children with cancer to participate in beauty pageants.

Apart from her dating life and career, Jena is also adored for her attractive body physique.

Involved in Charity:- Basketball Player, Tina Charles: Donates Half of the Salary for Charity. What's She Saying About Rio Olympics?