By LRU Writer | On: March 02, 2020
Jenn Im is a YouTuber and lifestyle vlogger known for her videos related to makeup tutorials, product reviews, shopping vlogs, festive lookbooks, skincare routines...is married to Ben Jolliffe...got engaged at the Terranea Resort in 2016...wedding was held on the August of 2018 in Malibu...her age is...bio is given below... 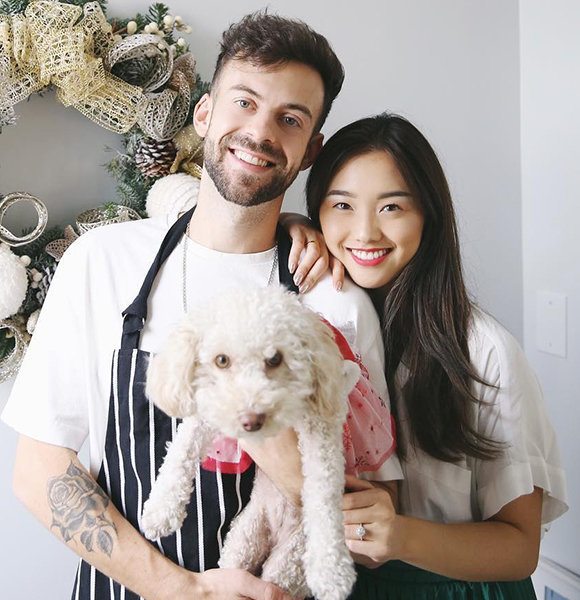 She is also an entrepreneur. She released a makeup collection named Jenn Ne Sais Quoi in collaboration with ColourPop in 2016. She also has two clothing lines, one called Eggie, which she launched in August 2017, and another one, which she started in December of that same year.

Jenn is married to Ben Jolliffe. Ben is is a professional videographer.

The couple met in San Francisco on the 13th of March 2014 via their mutual friend. The duo hit it off and decided to go out.

YouTuber's Lovestory:- MrBeast Dating Status Now, Who Is His Girlfriend?

Their first date was at Alexandra Palace. The place was near Ben's residence when he was living in London.

Then, on the 29th of December 2016, Ben proposed to Jenn. The couple got engaged at the Terranea Resort in Los Angeles, California.

And finally, on the 18th of August 2018, the couple got married. Their wedding was held at the Calamigos Ranch in Malibu, California. Jenn and Ben now lives together in Los Angeles, California.

Jenn was born on the 22nd of September 1990 in Los Angeles, California, the United States. She is the daughter of South Korean parents, a father who is a worker in a clothing manufacturing industry, and a mother who is a bank teller.

Jenn is not the only child of her parents and has a brother named James Im.