By LRU Writer | On: January 26, 2020
Jenna Cooper is a reality TV star known for her appearances in shows such as Bachelor in Paradise...romantic relationship with her boyfriend Karl Hudson...is pregnant with his baby...when she was dating Jordan Kimball in the past...her age is...apart from her job in show business, she is also a social media manager for...visits local businesses... 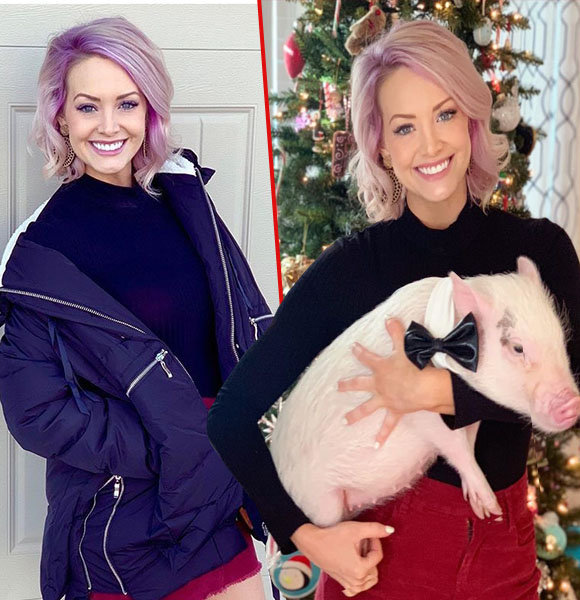 Reality star Jenna Cooper rose to fame after her appearances in the 22nd season of The Bachelor. She became a fan favorite on the show due to her sense of humor.

Apart from her job in reality TV, she is also a famous Instagram fitness star with more than 372K followers on her personal Instagram. She also runs another Instagram account named The Raleigh Review, where she visits local businesses around the Raleigh area and posts their reviews.

Jenna is dating Karl G Hudson, a commercial real estate broker, and content creator. She has been with Karl for a more than a year, after having met him in around January 2019. The couple is also expecting their first child.

Jenna announced that she was pregnant on the 25th of January 2020 as she took to her Instagram to post pictures of her with a baby bump. She revealed that the baby was due in May 2020.

Before dating Karl, Jenna was in a relationship with Jordan Kimball. They even got engaged on live television, on the season finale of the Bachelor in Paradise.

However, less than 24 hours after getting engaged, Jordan called off the engagement and “removed himself” from the relationship through an Instagram post on the 13th of October 2018. Jordan did this after some screenshots were released where Jenna was allegedly texting another man about cheating on him. The screenshots also reportedly revealed texts saying that Jenna did not love Jordan.

After breaking up the engagement with Jenna, Jordan has moved on to be with Christina, his new girlfriend.