By LRU Writer | On: September 30, 2019
Jennifer Aydin...Her performance on the reality show was as natural as it could get. Being entertaining, showy, and blunt, she was a...Interestingly, Jennifer was previously in an... and the gorgeous reality star was already smittened by her...Not much is known how accurate...Jennifer has gained prominence and height on the...Also adding to her net worth is her... 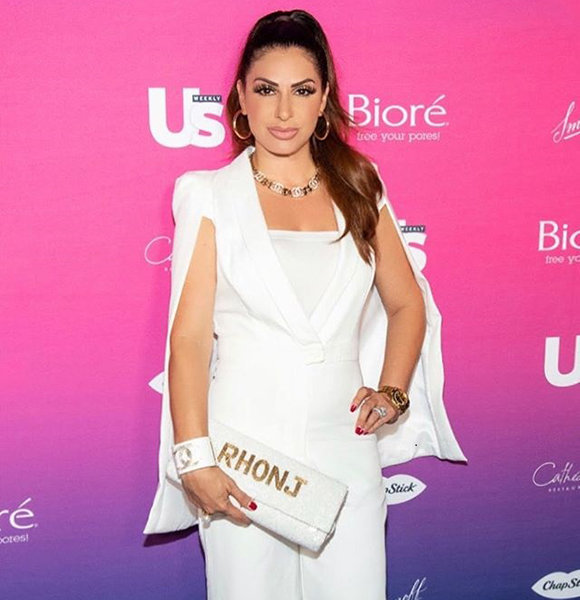 Jennifer Aydin is one of the famous faces of The Real Housewives of New Jersey (RHONJ). Since making her debut in season nine of the show in 2018, she rose to fame for her beauty, glamorous lifestyle, and simple taglines.

Joining the show with several newcomers like Dolores Catania, Jackie Goldschneider and Margaret Josephs, Jennifer soon grasped the spotlight as a reality star.

Now, she is set to return in the season ten of the RHONJ show, set to premiere on 6 November 2019.

You May Like:- Brendan Fraser Wife, Kids, Gay, Parents

Interestingly, Jennifer was previously in an arranged marriage. However, things didn't work out, and she separated from her ex-husband. The details regarding her previous marriage remain in the shadows.

But, her relationship with Bill was entirely different. The pair first met in 2001 and clicked instantly, which lead to talking on the phone for six weeks. Just on the second date, the reality star was already smittened by her soon to be husband.

Without any proposal, Bill started calling her his fiancee', and soon enough, they became husband and wife. Sadly, after 17 years of marriage, rumors about her husband's alleged unfaithfulness came to surface. On 30 January 2019, cheating allegations started to rise after a heated conversation between Jennifer Aydin and her co-star Marge Josephs.

With an exchange of harsh words between the two, her co-star questioned her husband's faithfulness. Though Jennifer's response was calm and collected and in support of her husband, she was building fumes underneath.

The accuracy regarding Marge's allegations remains unclear. As of 2019, the couple is together and enjoy a happy life with their kids.

Jennifer - age 42 - was born on 16 April 1977, as the second child of John Altinel and Josephine Altinel. Her dad was a jeweler who made jewelry with his hands. Apart from her, Jennifer's parents have three more kids, John Michaels, Tina Profita and Steven.

Her elder brother handles the family business taking over the family's Woodbury jewelry store. Further, Jennifer's younger sister Tina has worked as the office manager for her brother-in-law, Dr. Aydin's practice in Paramus.

And, the youngest of them all, the reality star's brother, Steven is the choral director at Walt Whitman High School in South Huntington.

Since her stint on RHONJ, Jennifer has gained prominence and height on the reality TV network. As a reality star, she undoubtedly boasts a decent net worth.

After all, being in front of a camera is nothing new for Jennifer. Before being a part of the season nine cast, Jennifer had her Turkish cooking show titled, Turkish Cuisine Folge.

Also, her husband Bill is a succesful plastic surgeon with a practice called the Aydin Center for Plastic Surgery. He also definitely boasts a decent net worth.

Thus, Jennifer and her husband enjoy a satisfying life in their Paramus, New Jersey house with their five children.