Jennifer Beals Has Been Married For More Than Two Decades. Who Is Her Husband? 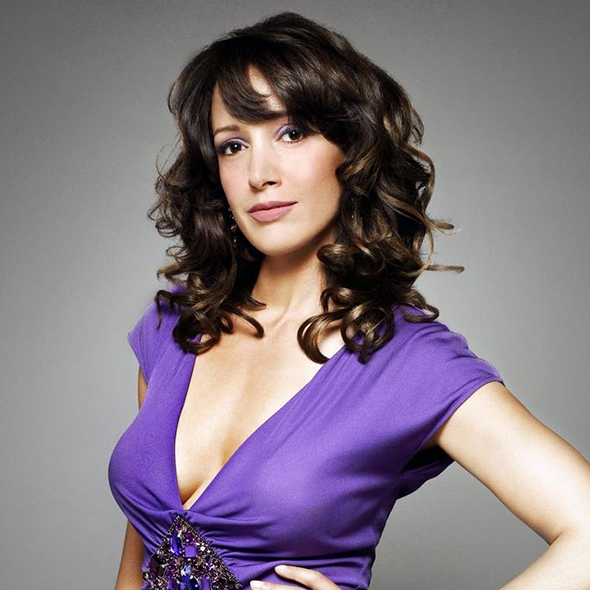 Marriage takes a person to a whole new level, and you suddenly feel like your life is headed in a new direction. But your marriage will not be able to meet the expectations if you do not have your partner’s support.

However, actress Jennifer Beals has a husband who has been her strong supporter from the very beginning.

Let’s find out about Jennifer's partner.

Jennifer is married to a Canadian entrepreneur, Ken Dixon. Jennifer met her husband, Ken at a party through a mutual friend in 1997. They instantly hit it off and decided to be friends. After hanging out and knowing more about each other. They got married on June 21, 1998.

You May Also Like: Annie Wersching Third Child With Husband | Baby Boy Archie Is A Gem

Jennifer’s husband got more attention after marrying her.

Jennifer has a daughter with her husband, Ken, born in 2005. Moreover, Ken also shares two children with his ex-wife. Jennifer Beals and Ken Dixon took what was remaining from their past marital lives to form a new one. (Photo: whosdatedwho.com)

After giving birth to her daughter, she shared,

“When I gave birth to my daughter , leaving the hospital, my mind completely blown open. You realize that with every single person on this earth there was some woman who gave birth to them. It's such a simple idea but all of the sudden I felt like I joined the sisterhood of being a mother” .

Jennifer’s daughter was once seen using sign language, which resulted in rumors about her being dead. But, Ken and Jennifer denied the accusation and stated that their daughter could clearly hear and understand.

Ella Dixon is 16 years old and does not have any hearing issues.

Jennifer doesn’t really share about her marriage life; however, she has been together with her husband for more than twenty-three years now. Looking at her and her husband set an example for a family to have a happily ever after.

However, Jennifer was married before meeting Ken Dixon.

Jennifer was previously married to an independent film director Alexandre Rockwell. The couple got married in 1986 and had a very private ceremony in New York. After being together for almost a decade, the couple decided to get a divorce in 1996. However, they still have not revealed the real reason for their divorce.

Regardless, Jennifer found the love of her life who always stood beside her no matter what.

Jennifer Beals Nervous About Her Role?

It is common for someone to feel timid while beginning something new. But when a professional like Jennifer opens up about feeling nervous about her new role, it grabs the headlines.

During an interview with Elle on the 6th March 2017, she revealed her nervousness about her role in Taken. She said,

"It's not an intellectual process for me. Do I get that connection to that person right away? Do I understand them? Am I slightly afraid? That's always a good thing."

But then again, she showed everyone why she is a successful actress in the industry when she further added,

"Fear is a good indicator that the hurdle in front of you might be a good idea to try to jump," Good thing Jennifer is willing to jump through the obstacles and move forth in her path.

Likewise, Jennifer also had to face a lot of gay or lesbian rumors after she decided to play a lesbian role.

The Gay/Lesbian Rumors That Surround Her:

Jennifer Beals portrayed a lesbian role in the series "The L Word" as Bette Porter, and her magical chemistry with her co-star "Laurel Holloman," who also portrayed a lesbian character, turned her into a gay/lesbian icon. Although she is not a lesbian, she is a dedicated spokesperson for LGBT rights and society.

“When I was working on the pilot, I once casually kissed my husband in a restaurant and suddenly I realized that if we were a gay couple, that moment would have been a very big event in that particular restaurant. It awakened in me my sense of otherness that certainly connected me to this role . When I work, I always want to tell the truth and when I choose a project it’s always about the story.”

Moreover, Jennifer Beals also volunteered for the 2008 presidential election campaign for Obama, focusing specifically on the LGBT community and issues.

To add to her LGBT support, Jennifer celebrated her birthday on 19 December 2018 by supporting the Center for Environmental Health and the Gay, Lesbian, and Straight Education Network.

Jennifer has requested a donation from her fans to help GLSEN, which continues to "create safe and affirming schools for all, regardless of sexual orientation, gender identity, or gender expression."

Don't Miss: Selenis Leyva Shares A Daughter But What About Her Married Status? Also Reveals About Supporting LGBT For Sister

The actress has taken to Twitter on several occasions to voice her displeasure regarding the country's political scenario, including one about the Trump administration's decision to buy American teachers a gun on 23 August 2018.

"An insane, unfathomable position. My mother was an amazing school teacher on the South Side of Chicago who endeavored day in & day out to provide her students the education they craved even if that meant bringing in extra supplies. Adding a gun to the equation is truly absurd."

Hence, apart from being a tremendous actress, Jennifer continues to remain a social activist raising voices of the unheard through her fame.

She gives credit to her husband, who has always backed her up and guided her in the right direction. We hope this love between them lasts forever.

We will surely update you guys more on Jennifer Beals. Till then, stay tuned.