By LRU Writer | On: January 30, 2020
Jennifer Gates is the daughter of Bill Gates...she is an equestrian and is also studying Human Biology at Stanford...is engaged to her fiance Nayel Nasser...have been dating from around January 2017...grew up in a rich family...her net worth is...still completing her college education...her birthday falls on the 26th of April...at the age of...competed against the late Steve Jobs’ daughter... 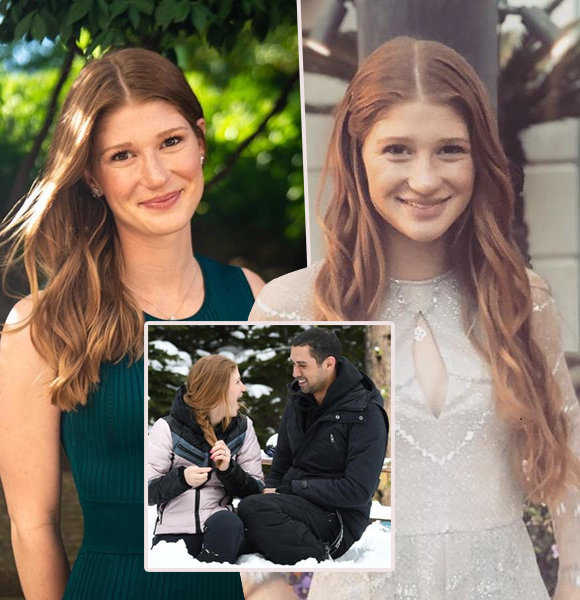 Competitive horseback rider Jennifer Gates is the daughter of Bill Gates, the founder of Microsoft. She has made a name for herself in the horseback riding scene along with the daughters of other famous people such as Tom Selleck and Michael Bloomberg.

She has won thousands of dollars in prize money by competing in various equestrian competitions. She has even competed against the late Steve Jobs’ daughter, Eve Jobs.

Apart from horseback riding, Jennifer is also studying human biology at Stanford University. She attends college during the weekdays and spends her weekends at horse shows.

Jennifer has been dating her fiance, fellow equestrian Nayel Nassar, from around January 2017. After three years of dating, the couple got engaged in January 2020. They announced their engagement on their respective Instagram accounts on the 29th of January 2020.

Jennifer is still completing her academic education. So, her net worth is not yet revealed. However, it is reported that she will only receive about $10 million of her father’s wealth.

In this regard, Bill said the following in an interview with Daily Mail in June 2011:

It will be a minuscule portion of my wealth. It will mean they (his children) have to find their own way. They will be given an unbelievable education... But they will have to pick a job they like and go to work.

On a similar note, Bill Gates has a net worth of around $110 billion as of 30th January 2020, according to Forbes.

Jennifer’s parents are Bill Gates and Melinda Gates (former Melinda French). They got married on the 1st of January 1994.

Jennifer is the eldest child of the couple; her brother, Rory John Gates, was born in 1999, and her sister, Phoebe Adele Gates, arrived in 2002.