By LRU Writer | On: June 03, 2021
American actor, director, and producer Paul Wesley became a fan favorite after his role as Stefan Salvatore in the CW's supernatural drama series, The Vampire Diaries. His role on the CW series didn't only stick to the screen as he also directed the fifth season of The Vampire Diaries and produced the starting episodes of season eight.... 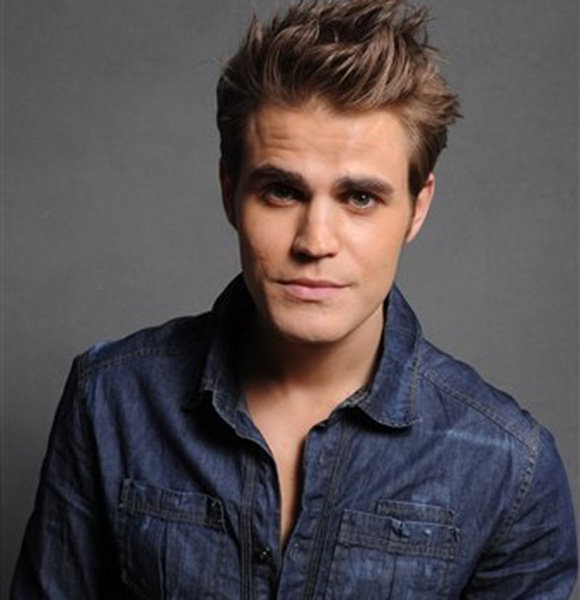 American actor, director, and producer Paul Wesley became a fan favorite after his role as Stefan Salvatore in the CW's supernatural drama series, The Vampire Diaries. His role on the CW series didn't only stick to the screen as he also directed the fifth season of The Vampire Diaries and produced the starting episodes of season eight.

While talking to Entertainment Weekly, the Salvatore brothers discussed how their brand came to life. Wesley noted-

"We've been talking about doing this for a decade...For those who haven't seen the show, we played brothers who drank bourbon on-screen... The reality is we would finish shooting and we'd go to the bar or we'd go to our homes or whatever, but we'd always kick back and have a bourbon so we developed this love for bourbon..."

He further added by saying -

"So we fell in love with it. And when the show ended we finally had some time and we really put this thing together. We're just so proud of it.."

Ian also went on to reveal that they created this brand in the middle of the pandemic.

"We did this in the middle of a global pandemic together..."

The two often post about their brand on their respective social media as well.

More About The Vampire Diaries Star

Apart from The Vampire Diaries series, Paul is also known for starring in the American psychological thriller Tell Me a Story. Further, he formed his own production company Citizen Media in 2016 and joined the New York Theatre Workshop’s production of Zurich in March 2018.

Is Paul Wesley Married Again After Divorce, Kids With Wife?

The Vampire Diaries Heartthrob Stefan Salvatore is not single, and it seems that they are married. Paul was seen with his girlfriend Ines de Ramon, flaunting their wedding rings in February 2019. Ines’ ring had a circular diamond with a thin band surrounding it. Wesley has always maintained privacy about his personal life, but the secret marriage came as a surprise even for close fans and media.

The couple has yet to walk the red carpet together. Paul and Ines were first photographed together in June 2018, holding hands after a dinner date in New York City. The extremely private couple has kept their relationship a shallow profile in public, with only some rare photographs of the duo on their social media.

However, this is not the first marriage for the actor, as he was married to his Killer movie co-star Torrey DeVitto in 2011. The ex-couple amicably split in December 2013 and have remained friends. Torrey also appeared as a recurring guest star during The Vampire Diaries’ third season.

However, Paul has not had any kids from either of his marriages yet.

Apart from his two wives, Paul was also linked with CW co-star, model Phoebe Tonkin for four years between his two marriages. The ex-duo had an on-and-off relationship, and they finally split in 2017.