Jeremy Bloom Is Married To Longtime Girlfriend: Who Is His Wife?

By LRU Writer | On: December 09, 2019
Jeremy Bloom has been married to his muse since...relationship with his longtime girlfriend...hat they started dating that year...former NFL player is also an author of his memoir titled...and his wife even officially received American citizen on 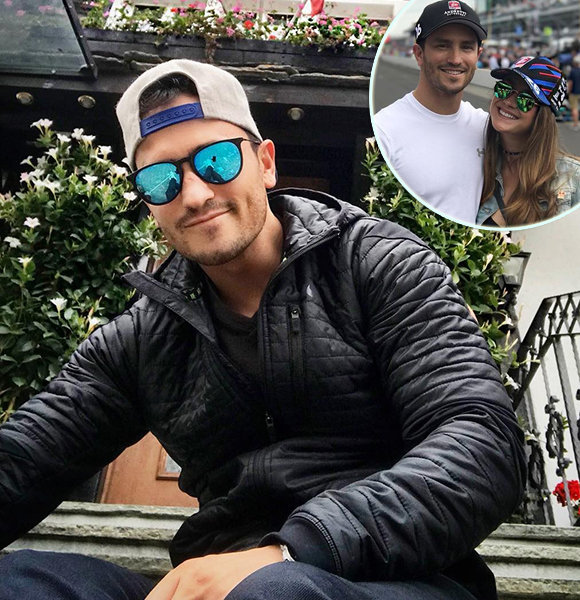 Jeremy Bloom is a prolific professional NFL player, as well as a skier. His achievement in the latter is a notable one as he took home the world championship title three times.

Likewise, he maintains an impressive fanbase in the internet community, as well. Today, his official Instagram handle has generated more than 50 thousand followers and counting.

As of today, Jeremy relishes an impressive net worth of $5 million. Judging by his accomplishment in the arena of professional skiing, the amount doesn't come as a surprise. Also, his two years of career in NFL as a leading player of Philadelphia Eagles helped in boosting his net worth.

Apart from his sports career, he has significant income coming in from his business ventures, as well. Interestingly, he is the CEO of  Integrate, a marketing and technology company based in Colorado.

Jeremy is in a married relationship with his longtime girlfriend-turned-wife, Mariah Buzolin Bloom. His partner is a Brazillian actress known for her roles in series such as  Zoey 101 and All My Children (2011).

Although it remains unknown when they first started dating, Jeremy's wife first made an appearance in his Insta account on 23rd December 2017. In the picture, the pair could be spotted having a wonderful time in Rio De Janeiro, Brazil. So, it remains probable that they started dating that year.

The athlete has been married to his muse since 11th November 2018. Interestingly, the two tied the knot with 80's ski-themed wedding, and both of them could be seen donning a classic ski outfit on their wedding day. As of now, the pair are going stronger than ever, and Mariah even received her American citizenship on 13th April 2019. Also, the couple celebrated their one anniversary together in 2019 while sharing beautiful words of appreciation for each other.

Prior to his romance with Mariah, Jeremy was in a relationship with reality show star Cameran Eubanks. The two first started dating back in 2004 after coming across each other during a vacation in Cancun, Mexico. However, they split a few years later.

Likewise, in 2012, the sports icon initiated a relationship with 90210 actress Jessica Lowndes. But, they broke off a year later as the two didn't see a future together, as per reports from Page Six.

Facts About Jeremy Bloom Including Family :