Get to Know Jeremy Buendia's Diet Plan, Girlfriend & Net Worth 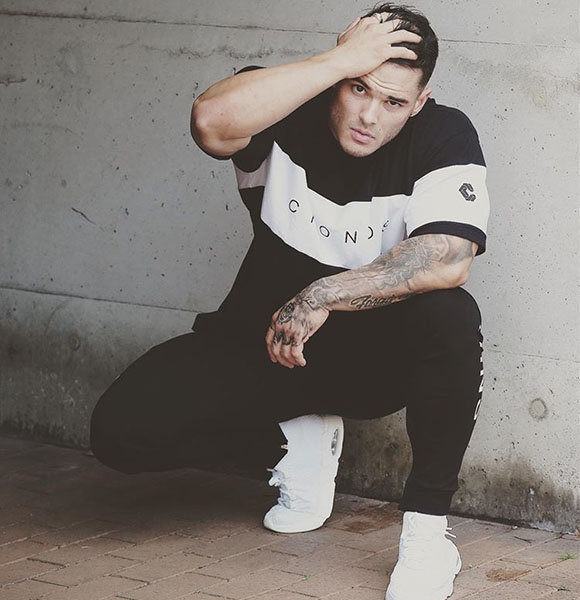 Born into the world of bodybuilding, Jeremy Buendia inherited the passion for the sport from his dad, a non-competitive bodybuilder.

His natural inclination toward fitness and his competitive nature made him a top prospect. Apart from his career, the fandom is curious about the star's romantic life with his girlfriend.

Competing professionally since the age of 18, Jeremy dons the title of four-time Mr. Olympia Physique champion. All the wins came between 2014 and 2017.

When not busy with self-improvement, Jeremy takes to social media to motivate aspiring bodybuilders. Here's a quick guide to his workout and diet plans!

Like many successful bodybuilders, Jeremy follows a strict workout routine and a well-balanced diet. Spread over six different meals, it consists of complex carbs, lean protein, and healthy fats.

Jeremy consumes supplementation in moderation. Not a staunch advocate of supplements, he relies on his diet manipulation abilities to attain the desired body goal.

Get to know another body builder:- Sadik Hadzovic Net Worth, Bio, Diet, Training

A strong supporter of short but intense workout sessions, Jeremy reserves Mondays for push-related exercise, Tuesdays for core training, Wednesdays for arms, and Thursdays & Sundays for lower body workout routines. On Saturdays, he opts to work on his upper body strength.

Jeremey's world came crashing in 2018 after suffering a chest injury. It even required the bodybuilder to undergo surgery.

Post-operation, a still-recovering Jeremy took to Instagram to reflect on the injury. Acknowledging that he wouldn't be the same after the surgery, he declared being at the "best place possible." His $1 million net worth stands as proof.

If not for his family's continuous support, Jeremy's bodybuilding career wouldn't reach such unprecedented heights. Both his father and older brother were avid enthusiasts of the sport.

28-year-old Jeremy was born in October 1990 in Roseville, California. As a teenager, he was into football. But an injury, coupled with college commitment, derailed his footballing aspirations.

Regarding height, the world-renowned bodybuilder of Filipino-American ethnicity stands five feet and inches (1.72 m). Meanwhile, his stunning physique marks the weight of around 80 kilos.

Jeremy passion for bodybuilding goes hand in hand with his love for Anastasia Stich, his girlfriend. Anastasia, like him, is also a bodybuilder/fitness model by trade. The boyfriend and girlfriend's dating life entered the public realm in March 2019. Two after coming forth with their romance, they enjoyed their first-ever international trip to Japan as a couple.

Jeremy first came in contact with his girlfriend Anastasia in around the late-2000s at a muscle contest. They forged a strong friendship for a decade before deciding to give romance a shot, which is working out well for the fitness couple.

Stay tuned to get updated on the fitness expert Jeremy Buendia.