By LRU Writer | On: November 03, 2019
Sadik Hadzovic is an IFBB professional bodybuilder and fitness model famous for winning the first ever Arnold Sports Festival Pro Men's Physique contest in 2015 and Mr.Olympia two times. He has also made appearances in various magazines like Fitness RX and Muscle & Fitness. 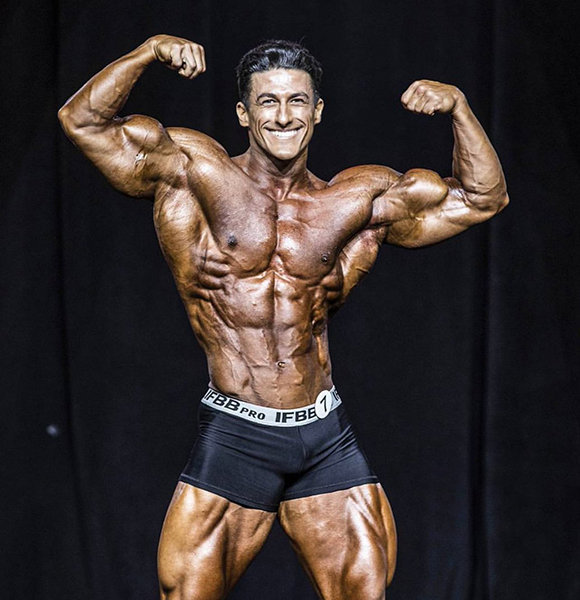 He has also made appearances in various magazines like Fitness RX and Muscle & Fitness.

Sadik Hadzovic, age 32, was born on 8th June 1987 in Bosnia and Herzegovina. He later emigrated from his war-torn country as a refuge to the USA, along with his father and mother.

As a child, Sajid Hadzovic grew up taking inspiration for bodybuilding from the physique of his action figures, which he played as a child. He even performed plyometrics on his own since he couldn’t afford to join the gym.

His active participation in physique competition started in 2011 and eventually went on to win various awards consecutively.

Married Amid Gay Rumors? Plus Wedding

Though Sadik Hadzovic jokingly posted contents on his social media referring to terms that include gay while and then, he is a straight man.

He shares two twin daughters with his beautiful girlfriend-turned-wife, Chelsey Pethick. She is a travel and fitness blogger by profession. The pair married one another on 13th June 2019 at the stunning location of Hawaii called Kapalua.

However, they had previously said that they would be tying the knot on 29th June. But as always, the sooner, the better, right?

Their wedding venue was Ritz Carlton hotel in Hawaii, whereas the ring official ceremony to exchange their wedding vows took place on Lava Point, one of the beach cliffs near the hotel. Likewise, with the desire to celebrate their auspicious day among their closest ones, the pair held the reception at Waters Edge in Connecticut. For the outfit, his wife donned plain cathedral tulle veil and a beautiful white wedding gown. Likewise, Sadik was suited up in his blue suit dressed handsomely than ever.

Above all, the most interesting part of their wedding was that they took every decision at the wedding on their own without any influence or pressure from other people: be it their friend or parents. As per the bodybuilder's wife on her blog, she made it obvious writing,

"My advice for anyone planning their wedding, be honest with yourself about what you want that day to be, for you and your partner. If you want 500 people and it to be the bash of the century, have it. If you are more than content with just going to town hall and having a brunch after, do it. Don’t let your parents or society make you feel you need to do anything because it is YOUR day. So make it truly about you and your other half and ENJOY IT!"

Apart from providing the details and experience of the wedding, she also shared the picture of their diamond embedded wedding ring via her blog.

Also, both of them had never been to Hawaii, and it was their mutual decision to conduct their wedding there. Hopefully, for the coming years in their married life, every decision they make will be mutual and wiser in this way.

Though his exact net worth isn’t known till now, his familiar source of revenue generates from his post of a professional bodybuilder in IFFB. He also runs a subscription-based online coaching service for bodybuilding training that makes $99 per active user.

Apart from that, his youtube channel with over more than one hundred fifty thousand subscribers attracts six hundred thousand views a month. All this source of income generates a handsome salary for his lifestyle.

Like for many notable figures, success didn’t come easy for Sadik Hadzovoic too.

Hard work and perseverance crafted the way for his continuous achievement. At an early age of 16, he started doing bicep curls and push-ups persistently to attain a bodybuilder physique.

He went to the gym and trained daily while still supporting his family through his job. Though Sadik was training hard tirelessly, he didn't see the results he desired in his physique and soon realized that proper balanced diet and nutrition was as essential as his training.

You May Also Like:- Zuzka Light Amazing Body At Age 36! Workout & Diet Advice From Fitness Guru

By gaining knowledge of nutrition, he continued his hard training by intaking the proper amount of calories that was required to achieve a robust body and big muscles.

Eventually, at the age of 24, his determination and hard work yielded results, and he started securing a vital position in several bodybuilding tournaments. He went on to win the NPC Metropolitan championship two times and secured the 1st position four times in competitions organized by IFBB. 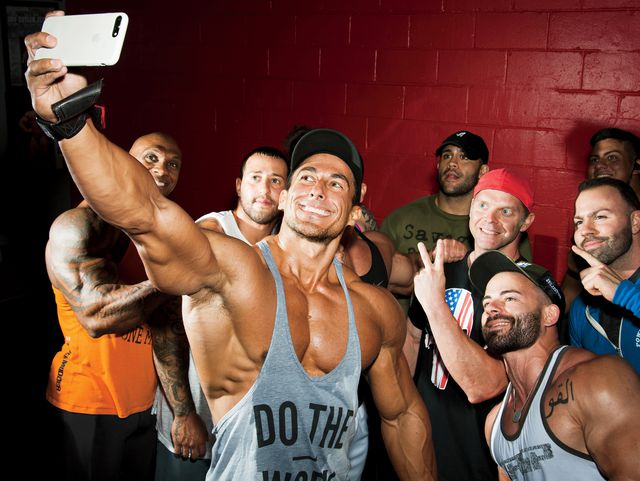 Sadik Hadzovoic takes a selfie with few of his fans (Photo: menshealth.com)

Sadik still maintains a rigorous systematic workout for 365 days a year without a day off. Even today, his diet includes consuming 6-7 ounces of meals a day containing lots of protein, carbs, and veggies with only healthy fat.

Apart from diet and work, Sadik credits his mother for working hard for him and inspiring him never to quit and to keep up hard work always in life.