By LRU Writer | On: August 28, 2019
Jesse Camp grew up in the shade of American channel MTV...helped to boost his undisclosed net worth...He Has A Wife... first started sharing the pictures of his girlfriend...till now, he has rarely shared about his 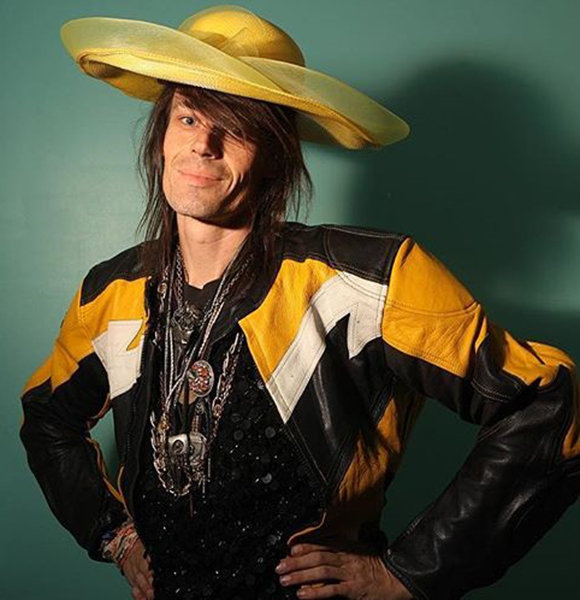 For the generation that grew up watching MTV, Jesse Camp is a familiar name. Ever since he took home the winning title of MTV's show Wanna Be a VJ, the musician became a nationwide sensation.

Likewise, he was also a presenter of the channel's shows like Total Request Live and Lunch With Jesse.

Throughout his career, Jesse's involvement with the network remained for more than a decade. In 2016, the TV host repeatedly appeared in MTV's Snapchat stories segment titled TBTRL.

As the channel has contributed to his fame and fortune, Jesse is more than grateful and happy to credit MTV for his success.

Jesse not only touched the pinnacle of success from his time at MTV but also earned a considerable amount of money. He also won a prize of $25,000 after winning the reality show, Wanna Be a VJ.

Apart from working as a video jockey in TV shows, Jesse has got his hands in music as well. As a result, sales of his first album Jesse & the 8th Street Kidz helped in boosting his undisclosed net worth.

However, the host has also managed to act in some TV shows and films such as Crossroads and Harmontown. So, Jesse evidently has other sources of income at his disposal.

Does Jesse Have A Wife?

Impervious to gay rumors until now, Jesse has rarely shared updates on his personal life. So, whether the TV personality is married to a wife or casually dating, remains a mystery.

Interestingly, his last known relationship was with a beautiful girl named Shaylin. The actor first started sharing the pictures of his girlfriend through his Insta handle in 2016. The pair were transparent about their relationship throughout the year. But before the year could end, Jesse stopped mentioning his girlfriend, which hinted a possible split.

Further, the singer was previously rumored to be dating Courtney Love in 1998. However, the alleged relationship was never confirmed by either of the two.

Jesse was born on 4th November 1979 in Connecticut, USA as Josiah A. Camp III. Height of 6 feet & 4 inches (1.9 meters), Both of the artist's parents worked in the education field.

His father is the Humanities department's Chairman at the University of Hartford. Likewise, his mother Henriette Camp is the principal at an elementary school.

The 39-year-old icon also has a sister named Marisha Camp in his family. About his measurements, the famous VJ's height extends to 6 feet & 4 inches (1.9m).