Jessica Serfaty's Split from Fiance Kaan Gunay. Who is The New Beau? 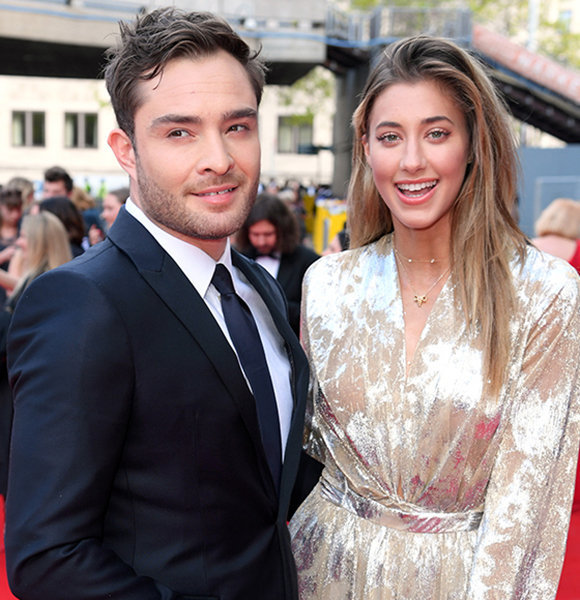 One of season 14's ANTM contestants, Jessica Serfaty, has gone through many ups and downs in her romantic life. But her faith in love never faded away.

Even after facing a failed married life with Ididia Serfaty and a failed engagement with Kaan Gunay, she is in a loved-up relationship with her mystery beau. Read along to find out who that lucky person is.

Searching for love all over the past few years, Jessica finally found her beloved in 2019- Turkish businessman Kaan Gunay, co-founder & CEO of Firefly. Jessica first announced she was dating Kaan Gunay in January 2019.

Just months into the announcement, Serfaty and Kaan Gunay got engaged to one another. The beautiful pair Jessica and Kaan Gunay announced the news regarding their engagement on an Instagram post on 19 June 2019. Showcasing an emerald pear-shaped engagement ring, the duo updated their relationship status.

But as per her recent posts on her social media, the couple Jessica and Kaan Gunay are speculated to have broken up, even though the reason behind their break up remains under the wraps.

Amid speculation about the split from her former fiance Kaan Gunay, Jessica's recent post with a potential boyfriend, Milutin G Gatsby, captioning: "My baseball player boy," proves this speculation. Milutin G Gatsby is a producer who was the executive producer for the movie City Island.

Apart from her current dating life, let's dive deep into her past relationships.

Jessica was previously married to Ididia Serfaty, a property manager. She met her ex-husband first at the church group when she was 16 years old.

During their relationship, she got pregnant and gave birth to their first child, a son named Roman Serfaty. The couple called up the wedding bells at the church in 2008. But while juggling between career and family, she started falling on the family part, and her relationship gradually began crumbling.

The couple tried tangent level to make things go easy, but it didn't work out, and they got divorced in 2013.

Soon after, Jessica started dating. Being a stay-at-home dad, Ididia was disappointed and came out of the woodworks to claim that Jessica "abandoned" their seven-year-old son in order to pursue her Hollywood dreams.

In an interview, Ididia said:

She doesn't see Roman Serfaty as regularly as you'd like to hear. We're in Arkansas and she's in LA. But she's young. She's probably not thinking about us. It's hard not to think of yourself when you are trying to build a Hollywood career.

In her defense, Jessica clarified:

“I’ve made a couple of offers to him [Ididia] to move to California – I would pay for the move out and support him for a couple of months until he got a job and got on his feet but each time he’s said he needs a bit longer.”

Well, this is how Jessica moved on with her romantic life.

After the failed marriage, first on the list is a fan favorite, Nial Horan. The duo wowed the folks first time at AMAs, both in a good mood to keep good times rolling.

After the event, Nial and his love interest were spotted heading to the car to enjoy the rest evening in L.A. But their relationship did not last long!

Secondly, she started dating DNCE's front vocal, Joe Jones, flaunting their love in many concerts and dates. The outing lasted just for weeks.

Third on the list is Justin Bieber; the duo was seen dining at the Hollywood hotspot 'The Nice Guy.' Partygoer witnesses said that they looked more like a couple! But, there was no serious thing; they were just making a splash on celebrity news sites.

One of her longest relationships was with a famous content creator Logan Paul, the couple dated for two full years, between 2014 and 2016, and at one point, they may have even lived together. However, there isn't a ton of information regarding the two together, as the duo kept their romantic life away from the media.

Another famous person to make the list was Ed Westwick, also known as Chuck Bass. Both made their first appearance together at BAFTA. Back in May 2017, she shared a pic on Instagram with a caption reading:

But the two came to a mutual split to further focus on their individual career in 2018.

Jessica is a Hollywood model/ actress who goes by the full name "Jessica Michel Serfaty." She was born in Arkansas, the USA, in 1991 and celebrates her birthday every year on the 4th of April.

The teen mom Jessica took part in a TV reality show "American Next Top Model" and came 4th at the end of the season. However, the ANTM cycle 14 gave momentum to her career.

Furthermore, Jessica signed many projects; she has done runway for Papaya clothing and appeared in Seventeen magazine, and has also been featured in some commercials as well.

All her success has rewarded her with splendid finance, which can be observed in her net worth, which dwells around $5 million.