By LRU Writer | On: August 22, 2019
Jessica Sula who is making a notifying impact in movies, theaters play and TV series in general, it is common that her personal life is a topic of concern for...One of the most talked-about topics circling Jessica Sula was her dating relationship with... a mixed ethnicity inherited from her parents who represent part African-Chinese and part... 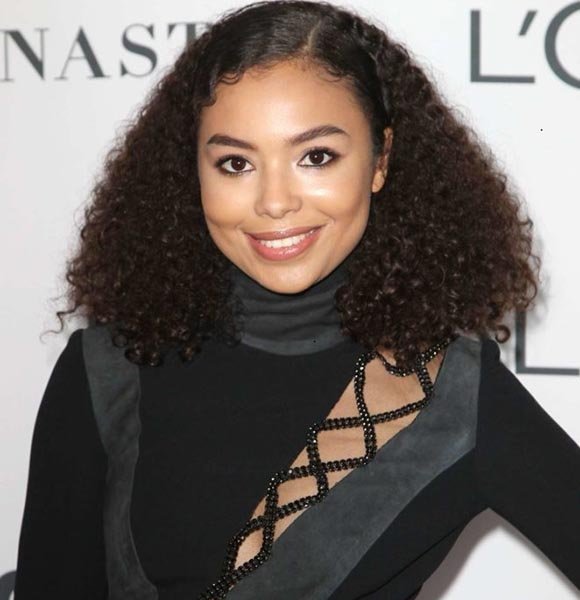 Amongst the many upcoming talents in the film industry, Jessica Sula's name comes at the top of the list.

Making her acting debut in 2011 with Skins, the actress became an instant hit as she showcased unparalleled on-screen performance at such a tender age. While many have already seen her capability on the big screen, fans are now more inclined to know about the actress personally as well.

One of the most talked-about topics circling Jessica Sula is her dating life. The Split actress was very silent on matters regarding her personal life, which build curiosity amongst many of her fans.

After having stayed quiet about the matter for a long time, Jessica might have put an end to speculations about her possible boyfriend.

In 2017, her rumored boyfriend Joshua Ruffner posted a picture of the actress on his Instagram. Since then, the two have even exchanged portraits of each other and displayed their liking for each other. But, as neither of the two has openly talked about this matter, nothing can be confirmed just yet.

Jessica Sula is a British actress born on 3 May 1994 in Swansea, Wales. Daughter of father Steve Sula and mother Shurla Blades, she is the only child of her parents.

Boasting a mixed ethnicity inherited from her part African-Chinese and part German-Estonian parents, the Godless actress stands at the height of 5 feet 5 inches (1.65m). Jessica's other distinctive features are her curly black hair and black eyes.

As a teenager, she attended Gorseinon College and completed her A-Levels in drama and language. Immediately after the graduation, Jessica auditioned for the TV series Skins and landed the role of Grace Blood. Courtesy of back to back good performances, the Wales native has established her name as a change-maker in the history of film making.

Only just starting her acting career, Jessica Sula made a notable impact in the entertainment industry with her 2011 debut series, Skins. She has also been part of a handful of movies, TV series, and dramas, but her acting talent made her a standout amongst all the other newcomers.

At the young age of 24, Jessica has displayed huge potential which even bettered some of the huge names that have already cemented thier name in the film industry. The way she showcases her acting skills in front of the audience is a treat to watch for the audience.

Some of her most prominent works, including Skins, Split, Lucifer, and Godless were all appreciated her performance. Although Jessica is a professional actress, she earns a below-par salary of £18,434. But, her upcoming role in the 2019 interactive series Epic Night might bring a change on her ever-growing net worth.