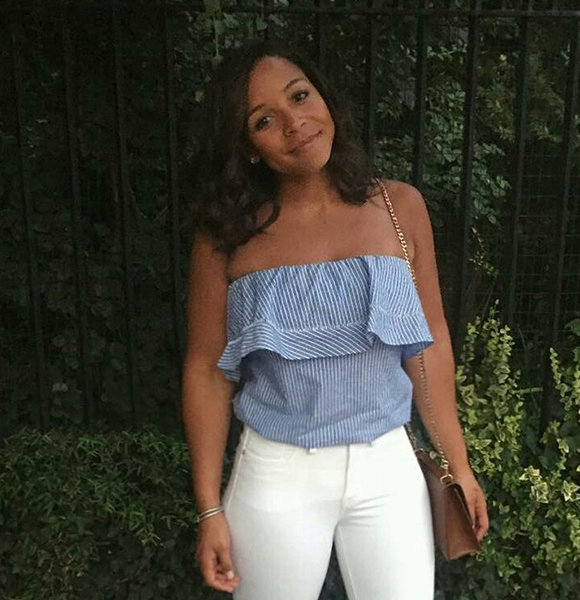 While mostly known for her work in the reality TV show, Bar Rescue, Jessie Bernhardt is a woman full of character.

She worked as a manager for her father's night club, The Park at 14th. Then, as a real estate broker for Berkshire Hathaway HomeServices KoenigRubloff Realty Group. But now, she has taken the most daunting task of her lifetime, being a mother.

Jessie was born on 21 July 1991. She is 27 years of age and holds American nationality. For her measurements in terms of height and weight, she falls in the average American women's range.

Talking about her family, her father Marc Barnes runs a night club. He owns The Park at 14th, mentioned as “the nightclub to go to” by the Washington Post.

She attended high school in her home town, Chicago and also participated in a university in the same state. She graduated from Loyola University.

Jessie decided to make her longtime boyfriend Kyle Bernhardt a fortunate man. She married Kyle on 24 Feb 2018. Both Kyle and Jessie being creative people, had a unique wedding in their own way. They had a destination wedding which had to be managed remotely. The theme, however, was a little bizarre with candles, greeny, and dinosaurs. Yes, dinosaurs. Jessie wrote on her blog that Kyle always loved dinosaurs, so as a gesture of love, she found a way to include them in the theme. Jessie and her husband Kyle with their son Theodore on 1 January 2019 (Photo: Jessie Barnes Bernhardt's Instagram)

The couple has produced a bundle of joy from their union. The couple has a son whom they have named Theodore George Bernhardt. Lovingly called Teddy, the child was born on 18 November 2018.

Being a new mother is a daunting task. It's a full-time job, which comes with a lot of glorious moments but also has its fair share of dreadful ones. However, with a supportive and caring husband like Kyle, Jessie certainly has all she needs to be a great mother.

Jessie's Career Plus Net Worth:

From humble beginnings like working as an intern to starring in a reality TV show, Jessie has dipped her feet in every sector she can.

Jessie previously worked as a real estate agent but now has switched industry and works as an Editor & Social at @theeverymom. Her husband, Kyle works as a creative director at Beam Suntory. As both of them work white color jobs, they must have accumulated a fair bit of savings over the year. The pair’s net worth is not public information.

The power couple has not disclosed their net worth, but assuming that it is in the hundreds of thousands or even in the millions range might not be too far off.