What Is Jessie Woo's Real Name? About Her Family & Ethnic Background

By LRU Writer | On: February 06, 2020
Jessie Woo is a Haitian-American comedian, singer, and podcast host known for her appearances in the TV show...her age is...her parents are from Haiti...they divorced when she was around six years old...her ethnicity is Haitian...three siblings also lived with her in Miami...her real name is Jessica Juste...her wiki and birthday is given below... 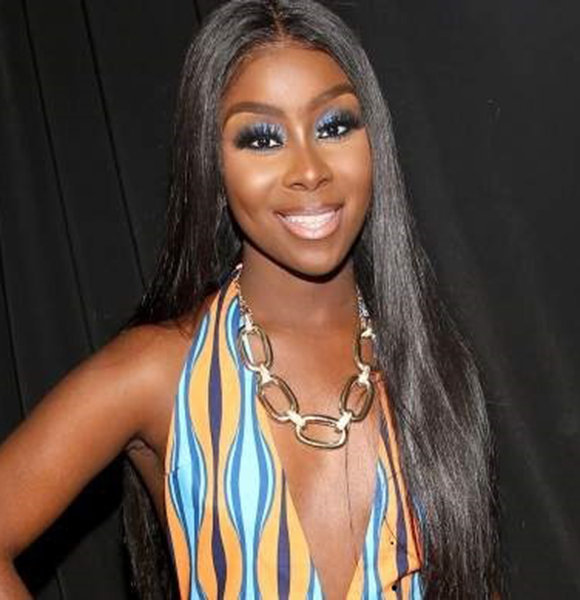 Jessie Woo is famous for her appearances in reality TV show Love & Hip Hop: Miami. She has been a part of the show’s cast from its season two in 2019.

Jessie is also a comedian. Her most popular comedic bit is her video titled Dear Haitian Crush, which was uploaded to her YouTube channel in June of 2017. Many of her sketches showcase her famous comedic alter ego, Cadouskha Jean-Francois.

Jessie was born to parents of Haitian descent in Canada. Her father Joseph and mother Dominique are Haitian immigrants. Jessie's parents divorced when she was around six years old.

After that, her mother moved her, along with her siblings, to Miami to start a new life there. The comedian has three siblings: Jeremy, John, and Jonie.

As for her ethnicity, she is a Haitian. But, in a 2018 interview with a YouTube channel named Ain’t I Latina, she said that she doesn’t consider herself Hispanic. She also said that she felt like she was Latin.

After moving to Miami from Canada, she got enrolled at Florida International University. She graduated from there in 2016 with a bachelor’s degree in Broadcast Journalism and Political Science. She even got her Master's degree later on.

After grad school, she tried making it into the Miami music scene. She failed to do so, but that gave her the push to move to New York.

She moved to New York in 2016, with only $700 in her pocket. Initially, she lived with her aunt in Brooklyn and worked a corporate job, but got fired soon after.

Then, she started doing comedy online through Instagram and YouTube. Her content gathered regular views and brought her fame. Her remake of Alicia Keys’ You Don’t Know My Name, Dear Haitian Crush is one of the most popular videos she has put up to date.

After her rise in stature, she went on to become an on-air host for BET. She hosts BET’s shows Set Trippin' and BET Breaks.

Then, in June of 2019, the comedian-cum-musician released her first EP named Moods Of A Cancer. Vacation is the standout track from the album. Her journey and difficulties she faced while releasing this album were all shown on the TV show Love & Hip Hop: Miami in 2019. Jessie is also a podcast host and travels all around the United States, hosting her podcast, Seeester Talk Live Series.