Jill Tavelman With Her Unsuccessful Married Life That Ended With A Costly Divorce; Revealed About Being Cheated On By Husband 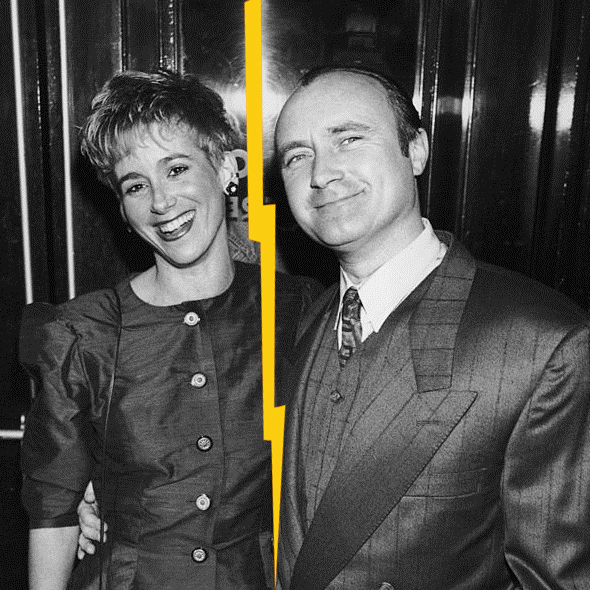 The American actress Jill Tavelman and her ex-husband Phil Collins had an expensive split raising the actress's net worth immensely.

Right after Phil, the rock and roll legend cheated on his wife; he had to pay the price worth millions which added to Jill's net worth in one go.

Let's have a read about how Phil Collins and Jill Tavelman are leading their life after the divorce.

Jill Tavelman was married to her husband, Genesis frontman Phil Collins in 1984. The couple welcomed their daughter, Lilly Collins, on March 18, 1989, who grew up to become an actress.

Jill was the second wife to Phil, as he was previously married to Andrea Bertorelli, who unfortunately couldn’t be the last. The couple split in 1996, 12 years after being together as a married couple. Surprisingly, Phil Collins used one of the cruelest ways of ending a relationship, which is breaking up through a FAX. The 67 years old singer sent Jill a FAX explaining how he felt about them and their future, along with Lily, who was just five years at that time.

However, after the divorce, Jill received a massive amount of $50 million for the divorce settlement.

When Phil sent the heartbreaking FAX to Jill, he was allegedly having an affair with a woman; for the second time. When Lilly Collins came up with the book ‘Unfiltered: No Shame, No Regrets, Just Me,’ which excerpts her father’s memoir, 'Not Dead Yet,' she revealed how Phil cheated on her mother.

His first affair started in 1992, the time when Phil was performing in LA and met his childhood romance, Lavinia Lang. He wrote,

“Seeing her: time stops, then rattles backward, fast, dizzyingly, to teenage dreams.  I am not thinking about my nearby wife, 3-year-old daughter and mother-in-law. I know that recounting this makes me sound like a right shallow bastard. But I’m not that way. I’m very loyal. Very committed.”

Phil and Lavinia even came to a decision on leaving their partners, but later, Lavinia backed off from the plan in fear of losing her kids and coming back to Phil's side, no reported harm was done to his relationship with his wife.

After that, Phil stayed faithful to Jill and their child, but that was until Phil met Orianne Cevey, who at that time served as a translator in Geneva. He wrote,

“For the next couple of days, I’m like a dog with two tails, but at the same time: I’m about to go to Paris. And in Paris, I’m due to meet my wife and our 5-year-old daughter, who are flying in from London. What have I done? Well, I know what I’ve done. I’ve betrayed my wife and child. Again. And I’ve set sail for perilously uncharted waters. ‘Meet Phil Collins’ new mystery girlfriend. She’s young enough to be his daughter.’ Ticks all the midlife crisis boxes.”

“I try to outline the way I feel about us, about the future. The most reliable and quickest way to get this letter to her is to fax rather than post it. So that’s what I do.” Eventually, on the second time, Phil left his family, allegedly leaving a breakup message on FAX, and went on to marry Orianne in 1999, only to get divorced from her in 2008. For the divorce settlement with Jill, he had to pay around $50 million, raising her net worth massively.

Looking at Phil's massive net worth of $260 million, a few million shouldn't have been much of an issue for him.

After three failed marriages, Phil started dating Dana Tyler, who works as a newsreader. But their relationship soon fell apart as Phil again reunited with Orianne. in 2016. However, their relationship again took a U-turn as Orianne had secretly married another man.

Phil filed an eviction notice against her in October 2020, to which she has refused to comply.

As for Jill - who currently owns and runs an antique store in West Hollywood, California - she has not dated any men after her divorce from Phil. She is enjoying her days with her daughter Lily Collins.

Divorce Through FAX, A Lie?

After a decade, Phil finally broke the silence and addressed that FAX was not the source through which he asked for a divorce from Jill. He said,

“[It] really hurt my career or my public persona, and it was based on an untruth... So, I just thought it would be an opportunity just to lay it all out, and if I say it didn’t happen, I’m trusting that people will believe me.”

Nevertheless, the duo did end up getting a divorce either way, making a dent in Phil's net worth.

Jill once made the news for buying a house next door to her for $4 million more than the quoted price, as she paid a sum of $12.4 million to prevent the house from being torn down to make a mega-mansion. This purchase solely gives a hint that Jill has a net worth exceeding $10 million.

Adding more to her net worth is the huge $50 million alimony that she received from her divorce settlement with Phil Collins.

She has also appeared in a movie named Extra with Billy Bush (1994).