By LRU Writer | On: October 09, 2019
Jimmy Bennet who stands at the height of...has been a part of ... has won...Unlike his career...took legal actions against...tangled in other romantic controversies...seems to be a long way from having ...As for the gay rumors around him... 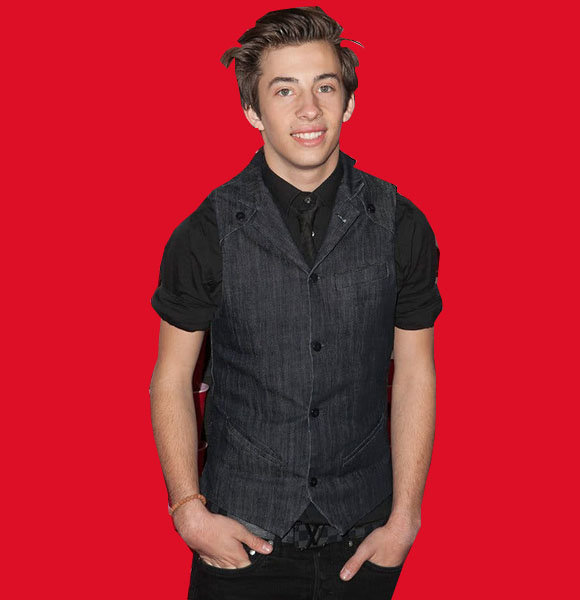 Not everyone is lucky enough to get what they want! That said, there are a few exceptions.

Among such lucky people is actor Jimmy Bennet - who disclosed his desire to be on TV at the mere age of six. And, he started booking commercials shortly after; that eventually helped him land parts in various movies and TV shows.

Despite having a successful career as a well-acclaimed child actor, the same cannot be said about Jimmy's personal life.

During his longer than a decade career in Hollywood, Jimmy - height 5 feet 7 inches (1.7 m) - has been a part of many successful productions. He has appeared in movies like The Guardian, Judging Amy, CSI: Crime Scene Investigation, Everwood, to name a few.

Apart from acting, Jimmy has also done voice-overs for many animated characters. Among his many voice-overs, his voice as Roo in Winnie the Pooh is the most famous one. Others include Rerun in I Want a Dog for Christmas and Lonely Boy in The Polar Express.

You May Be Interested:- Jeremy Shada Girlfriend, Gay, Family

Over his career, Jimmy has won the Young Artist Award twice, being nominated for a total of six times.

With such impressive achievements in his career, Jimmy has probably accumulated a decent sum as his net worth. Although his actual wealth remains under wraps, he presumably earns the median salary of an actor, around $50,529.

Jimmy was born on 9 February 1996 in Seal Beach, California. He was raised in a family of four alongside his sister Amanda.

Unlike his career, Jimmy does not seem to share a neat equation with his family. The young actor took legal actions against his parents in 2014, for misappropriating the finances that he earned as a child actor.

According to Jimmy, his parents misused his money and funded their businesses with his hard-earned money. However, the matter was quietly settled later, on undisclosed terms.

Apart from his disputes with his parents, Jimmy is also tangled in other romantic controversies.

In 2018, Jimmy accused actress Asia Argento of sexually assaulting him in 2014, when he was just 17 years old. Interestingly, Asia was one of the first women to accuse Harvey Weinstein and initiate the #metoo movement publically. Asia, who initially denied Jimmy's accusations, later settled the case out of court by paying $380,000 to Jimmy.

Even after settling the case with Asia, troubles and controversies were far from away for Jimmy. As Jimmy opened up about Asia, someone else opened up about him. It was Jimmy's ex-girlfriend, who came forward with accusations of sexual assault, stalking, and threatening against him.

With so much going on in Jimmy's personal life, he seems to be a long way from having a girlfriend. Having said that, he could also be dating someone secretly, away from the public eye.

As for the gay rumors around him, no one seems to be exempted from such gossips these days. However, in Jimmy's case, no information would suggest him as gay.