By LRU Writer | On: October 08, 2021
Jimmy Kimmel For Oscars 2018; Glances At 2017 Blunder. Popular late-night TV live talk show host, Jimmy Kimmel is all set to host the Oscars 2018 once again. However, his previous Oscar hosting did not go well as expected.If you had missed the previous Oscars, then you have come to the right place. Today we present you a glance of 2017's and 2018's Oscars award. 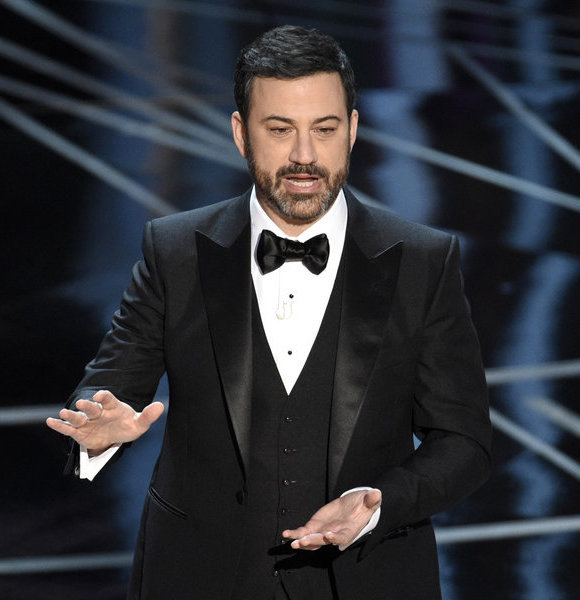 Popular late-night TV live talk show host Jimmy Kimmel is all set to host the Oscars 2018 once again; however, his previous Oscar hosting did not go well as expected.

Well, if you missed the previous Oscars, then worry not, as today, we present you a glance of 2017's and 2018's Oscars award. Have a look below!

Since Billy Crystal in 1997 and 1998, Comedian Jimmy Kimmel will host Oscars for a second consecutive year, making him the second person to host back-to-back ceremonies.

In an interview with Variety, Jimmy shared that hosting the Oscars was a highlight of his career and he is grateful to Cheryl Boone Isaacs, Dawn Hudson, and the Academy for asking him to return to work with two of his favorite people, Nike De Luca and Jennifer Todd.

In another interview with GQ, Jimmy expressed that he is not surprisingly nervous, as he thinks that there are a certain group of people who believe he should not make a joke about the situation.

Also, there are groups of people who will be mad if he doesn't make jokes about the situation. He believes whatever he does will be criticized by someone.

One reason that Jimmy is not nervous about hosting the award might be because he deals with the same complaints about his day job as well. He expressed,

It's something that plays out in the show every night, too. “One news article can write that I didn't say anything about Harvey Weinstein, and then that becomes fact...Something terrible happens every day. If you mentioned this and you don't mention that, then you don't care about these people. You do have to remind people that ultimately it is a comedy show. Even though we may from time to time talk about serious subjects, if people are not laughing at least three nights out of the week, they're not going to watch it anymore.

Jimmy also told Good Morning America's Paula Faris how extensive his process is for crafting jokes for the big program. He further shared that he had now whittled it down to probably five hundred jokes and at last only thirty jokes will make the final cut during the 2018 Oscars.

He also stated that he has something special planned for the show this year to honor its milestone. Besides his special planning, there was a mishap in 2017's Oscars, studded by star guests, where 'La La Land' was mistakenly announced as the winner for best picture, when in fact Barry Jenkins' film 'Moonlight' was the real winner.

Jimmy is currently enjoying his blissful married life with Molly McNearney. The couple got married in July 2013 after they were engaged in August 2012. Together, the couple shares two children, daughter, Jane, and son, Billy, who went through an open heart surgery when he was three days old.

Besides his blissful married life, Jimmy once had to encounter a stumbling relationship in the past with Gina Maddy. Jimmy got married to Gina in 1988 when they were 20 and 24 respectively and got divorced in 2002.

The former husband-wife enjoyed their companionship for fourteen years while sharing two children together, daughter Katie and son, Kevin.