By LRU Writer | On: December 16, 2018
English actress, Joanna Christie's personal life has always been out in the open for her fans to view...Rose to fame playing Jill Mason in the theatrical drama Equus, has always been successful in maintaining a healthy balance between her work and love life...With a loving partner and a content family of her own, there's not much the actress can as for...Joanna, who shares a child with her partner, could be on the verge of getting married and finally settling down with her husband. 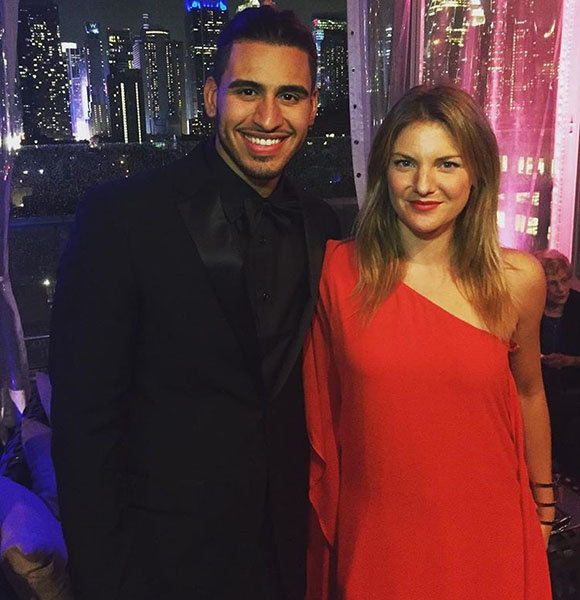 English actress, Joanna Christie's personal life has always been out in the open for her fans to view. Joanna, who rose to fame playing Jill Mason in the theatrical drama Equus, has always been successful in maintaining a healthy balance between her work and love life.

Apart from taking her career to new heights playing the role of Connie Murphy in the series Netflix series, Narcos, she has also proven her acting talents in movies and TV shows including Inspector Lewis', Misfits, Doctors, Starlings, Mr. Selfridge, and more.

While the Yorkshire native must be satisfied with her shining career, she has more things in life to take pride in. With a loving partner and a content family of her own, there's not much the actress can ask for.

Joanna, who shares a child with her partner, could be on the verge of getting married and finally settling down with her husband!

Joanna has been involved in a long-term relationship with her boyfriend.

The actress has not revealed the name of her partner, who previously went by the name Jrodr2442 on Instagram; however, the account has now been deleted which is why details are still low-key.

Although it’s not disclosed when the couple commenced their romance, the parents of one have been together for at least two years. Joanna announced her pregnancy on 23 September 2017 flaunting her baby bump of eight months alongside her boyfriend on Instagram. The pair finally became parents on 25 October 2017, which was a joyful day for two who are yet to get married. Together, the family of three has traveled to various destinations while also going on regular outings. Joanna’s baby, Bubsy has reached the age of one but her parents are still unsure whether to remain as partners or to tie the marital knot pronouncing each other as husband and wife.

Married or not, Joanna and her partner are indeed a match made in heaven. The fans could do nothing but hope for the couple to get married soon tying themselves in the holy matrimony.

Born in Yorkshire, England, Joanna was raised by her parents: Paul and Sue Christie. Showing talents at a young age, she started learning piano when she was six.

Joanna’s brother, Luke Christie is also an upcoming musician, who plays for the Hackney Colliery Band. The actress credits her success to her parents for their support and awareness of the entertainment field.

Her mother, Sue was herself a musician and well-recognized in Huddersfield, West Yorkshire. Joanna’s father, Paul, on the other hand, can no more witness and cherish his daughter’s achievements as he sadly passed away in 2012.

While talking about her mother and deceased father, Joanna said,

“I owe all my success to my parents for giving me the opportunities to get to this point in my career and I would like to pay tribute to them. I'm just so grateful to my mum for giving me the gift of music and to both her and my dad for always supporting and encouraging me.”

Joanna, aged 36, is a humble person to give credit to her family; but in reality, it was her work commitment and dedication that led the actress to achieve mainstream success in Hollywood.

Additionally, she has also amassed a substantial net worth from her career, while earning way more than the median annual salary for an actress of $50,529.