By LRU Writer | On: December 05, 2018
Popularly known for the movie “Breaking the Waves”, actress Emily Watson is one of the most talented ladies in Hollywood. Her talent and dedication on screens have won her so many followers, who all are eager to know where her drive to give out a splendid acting comes from. 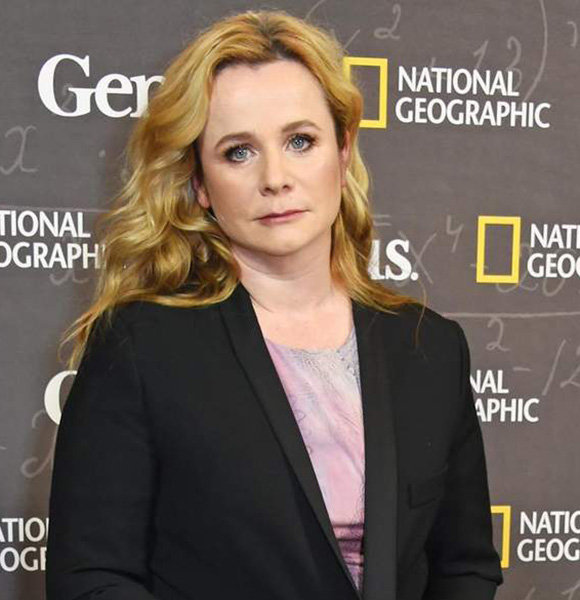 Popularly known for the movie “Breaking the Waves”, actress Emily Watson is one of the most talented ladies in Hollywood.

A lady, who is driven with passion and love, has done everything that it takes to portray herself in multiple characters, whilst holding her own strong identity to herself.

And most of the credit goes to her movie “Breaking the Waves,” where she landed with a major lead role that further helped establish her as the prominent actress of the generation.

However, there's more for the credit for the actress also found the love of her life while working for the movie.

For the one who likes to credit her parents and husband for all the support, Emily ravels her personal details to all her audiences!

Emily Works Out Her Married Life With Husband Amidst Her Hollywood Humdrum!

Emily Watson didn’t start off easy at her acting career; applying to drama school and getting rejected on her first attempt, the 51-year-old actress walked through 3 years of a bumpy road to finally ignite the spark on acting.

Read Also: MyAnna Buring Ultra Secretive About Married & Husband But Not Baby, Why?

But everything then came easily after she got accepted for the role Bess McNeill in the movie “Breaking the Waves”, that proved to be a turning point for the actress after getting an Academy Award Nomination for it.

After declaring a prominent mark in Hollywood, she weaved her personal life on screen as well after meeting her husband Jack Water, also an actor on the set of RSC. Ever since then, the two has been blissfully sharing a romantic endeavor together, where Emily finally tied the knot with Jack in 1995.

The pair welcomes their first child, daughter Juliet Waters in the year 2005, and got the privilege to parent their second child, son Dylan Waters in 2009. Emily Watson with her husband and kids in the Buckingham Palace (Photo: Zimbio.com)

Emily who is complimented for her ability to give out the most realistic and natural acting owes her family everything for making her dream as an actor possible.

Whilst talking about her husband and marriage, she explains that their relationship isn’t always perfect, and a lot of struggle has come off balancing everything else.

She explains this situation as:

“I don't know what makes a marriage work. My husband and I don't have it right at all; it's very tough on him. From the outside it looks like it's all about me – I have a glorious career and he doesn't. He's a writer who only writes intermittently because he's holding the fort a lot of the time. It's hard, but I credit our relationship for keeping me grounded. It's my center.”

But beyond this, the duo are still going strong, with the neverending support from the side of her husband and the demanding roles that Emily is gifted to portray winning her more spotlights for her spellbinding performances.

Born and raised by mother Katherine and father Richard Watson, Emily Watson spent most of her childhood in London alongside her sister. Growing up, the actress before entering the showbiz industry, held a degree in English literature in Bristol.

It was just later in life that she recognized her passion for acting, which made her apply to drama school. But when the rejection came knocking down her door, the actress still remained determined and pushed through her passion and got accepted.

Her first involvement was with the Royal Shakespeare Company that proved to be her stepping stone for winning her the role in the hit movie Breaking the Waves. She later worked in the movies “Metroland”, “The Mill on the Floss”, “The Boxer” Emily Watson in the movie "Breaking the Waves" (Photo: Filmsocietyoflincolncenter)

While struggling from a depressive phase after the death of her mother, the actress poured all her grief in showcasing a stunning performance in the movie “Oranges and Sunshine” that earned her more fame for her unbeatable talent.

She also starred in the movies “Hilary and Jackie”, “Cradle Will Rock”, “Angela's Ashes”, “The Luzhin Defence”, “Punch-Drunk Love” and “Equilibrium”.

Discover More: Why Rupert Grint Is Struggling With Dating, Girlfriend & Career; Where Now?

All of this made her count among Britains most spellbinding actors and because of this even though she is no longer a young lady, at the age of 51 roles and great movies just come rolling her way!