Joe Bastianich Net Worth: Here Is How Much Restaurateur Made

By LRU Writer | On: February 28, 2020
Joe Bastianich is a TV chef and restaurateur known for his appearances in MasterChef and MasterChef Junior...is married to Deanna Damiano...has three kids with his wife...owns many restaurants all around the world...has lost 50 pounds in six years... 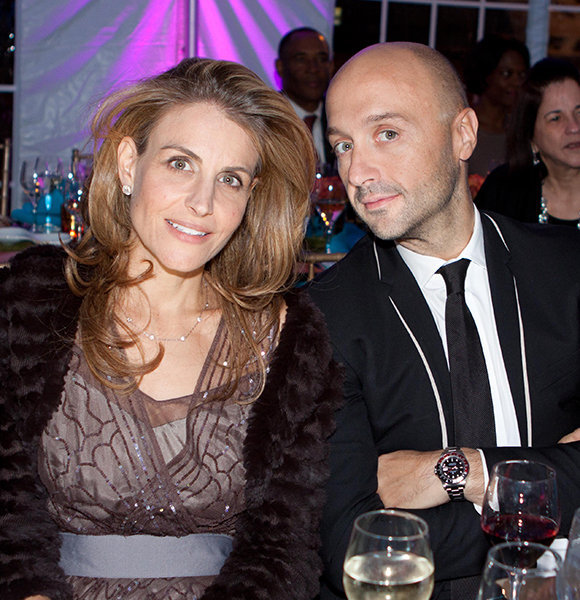 Joe also owns many restaurants in New York and all over the world. Some of his best restaurants are Chazz Palminteri Italian Restaurant, Grazie, Felidia, and Otto Enoteca Pizzeria.

Joe is married to Deanna Damiano.

The couple first met in 1992 through their friends. At the time, Deanna was helping produce private-label handbags for the Associated Merchandising Corporation in New York. They immediately started dating each other.

The couple moved in together after three weeks of meeting each other and got married in February of 1995.

They have three children; sons Ethan and Miles Bastianich and daughter Olivia Bastianich. Joe now lives in New York with his family.

Joe has an estimated net worth of around $15 million, according to Celebrity Net Worth.

The celebrity chef also bought a condo in 10 Madison Square West. He purchased it for $7.18 million in April of 2016.

Joe has co-authored two books, both of which are award-winning books on Italian wine. His memoir, Restaurant Man, which was released in May of 2012, became a New York Times Best Seller within a week of its release.

Joe was born on the 17th of September 1968 in Astoria, Queens, New York City to parents Felice and Lidia Bastianich (full name - Lidia Giuliana Matticchio Bastianich). His Italian descent parents were born in Pola, Croatia. They migrated to the US in 1958 during the Istrian exodus.