By LRU Writer | On: January 21, 2020
Kelsey Wingert is a sports director who works for KALB-TV...she was dating her boyfriend...was spotted with him at...The sports director previously worked as a...at the age of...her height extends to 5 feet 4 inches (1.6 meters)...her whole family is from...Kelsey also worked...for her education...seen together at Rice Hotel- Crystal Ballroom on... 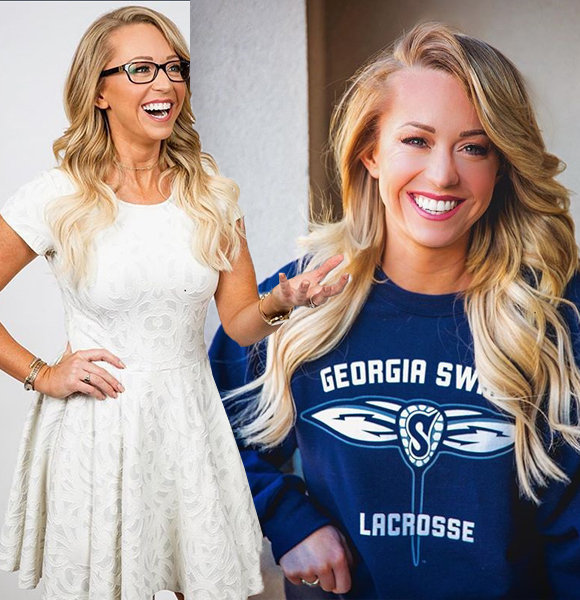 Kelsey Wingert is a sports director at KALB-TV located in Alexandria, Louisiana.

She started to work at KALB-TV as a sports anchor/reporter in June 2014. And she was promoted to the post of sports director in June 2015.

Prior to this, Kelsey joined Cox Sports Television (CST) as a Sideline Reporter.

The sports director was in a relationship with Alex Smith. The two celebrated their 2014 thanksgiving together, with Kelsey's parents joining them in for the celebration.

According to Kelsey's post on her Instagram, Alex reported to his first day of work as a 3rd mate at the Ram Nation on 15th January 2015. And she congratulated him by claiming that he truly deserved the job.

Further, Kelsey and Alex celebrated the one year anniversary of their relationship on 21st June 2015.

In July 2015, the couple was seen to be spending their quality time together in New Orleans.

However, that was the last time the two were clicked together.

Several months later, Kelsey was clicked with another guy in September 2016 at Trunk Bay, St. John. Further, it was more prominent that Kelsey was, in fact, dating that guy, with her Instagram post on 12 October 2016 in which she wrote,

Moreover, Kelsey even called him her 'favorite guy' as she celebrated his birthday at Arrowhead Stadium.

The two even celebrated the 2017 Valentine's day together.

Nevertheless, they were last seen together at Rice Hotel, Crystal Ballroom on 27th March 2017.