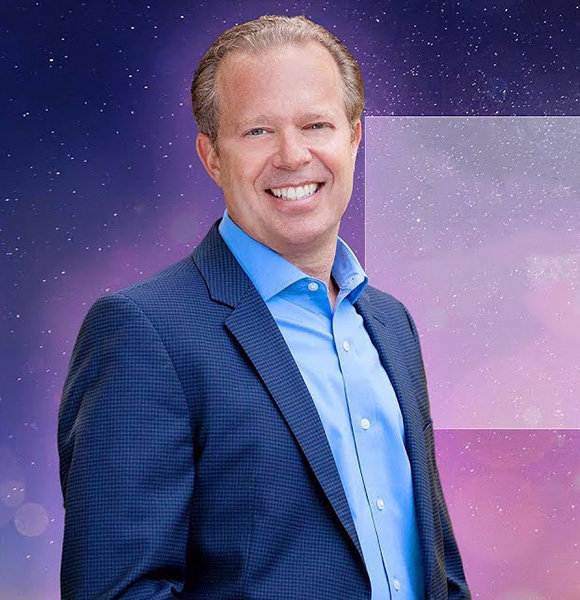 While the world is always being plagued by pessimism, there are still a few out there rooting for prosperity and success.

Dr. Joe Dispenza, one such optimist, is driven by the conviction that everyone can achieve greatness with unlimited abilities and potential.

The internationally recognized researcher is genuinely a boon in medical science, curing illness and medical complexities of people with his unique approach. Some of his teaching methods include online lectures, workshops, and meditation.

Who Is Dr. Joe Dispenza's Wife?

Although Dr. Dispenza is a father to three children, the whereabouts of his wife is unknown. So, his children could also be the result of one of his relationships with an ex-girlfriend. Similarly, the doctor is very low-key about his personal front and has not revealed if he was married at some point.

It's not that it would be hard for him to find a partner because we have seen him giving relationship advice on several instances.

An expert in the field of medical science, he surely has also mastered the art of keeping things just to himself.

As a parent of two sons and a daughter, Joe raised his children with spirituality and science. He taught them how to manifest incredible experiences in their life and be self-loving.

Matter of fact, his teaching made a significant impact on his children, especially his daughter. In one of his YouTube videos, Joe shared the moment when his daughter wanted an unlimited shopping spree and how his advice changed her wish into reality.

Dr. Joe Dispenza - aged 59 - is an international educator and has dedicated his life to the people's well-being. He is an expert in understanding the human brain and extracting the best of its abilities.

Dr. Dispenza received a B.S. degree from Evergreen State College and graduated with his chiropractic degree with honors from Life University. Post his graduation, he received training in neurology, neuroscience, brain function and chemistry, cellular biology, memory formation, and aging and longevity.

Talking about his career, he works as a faculty member of several educational institutions, including the Quantum University in Hawaii, the Omega Institute for Holistic Studies in New York, and the Kripalu Center for Yoga and Health in Stockbridge, Massachusetts. He was also invited to chair the research committee at Life University in Atlanta, Georgia. As a researcher, he is focused on the latest findings in the fields of neuroscience, epigenetics, and quantum physics. He uses the knowledge to cure illness, anxiety, chronic condition, and even terminal diseases.

Since 2007, he has published several books based on his research in the advanced workshop. As one of the New York Times best-selling authors, Dr. Joe published books like Evolve Your Brain: The Science of Changing Your Mind (2007), You Are the Placebo: Making Your Mind Matter (2014), and Becoming Supernatural (2017).

Dr. Dispenza enjoys a career is medical science and research. He has changed many people's lives with his unorthodox teaching style and mantra to see life differently.

His dedication has paid him well as he also enjoys a small fortune earned from his career. Joe runs a YouTube channel with almost 496K subscribers and accumulates $2.3K - $36.3K per year.

Further, a chiropractor's average salary is $60,747 a year, which means he has at least a minimum salary amounting to the same value or even more. And as an author, he accumulates around $51,161 per year, making Dr. Dispenza's net worth around a million dollars.