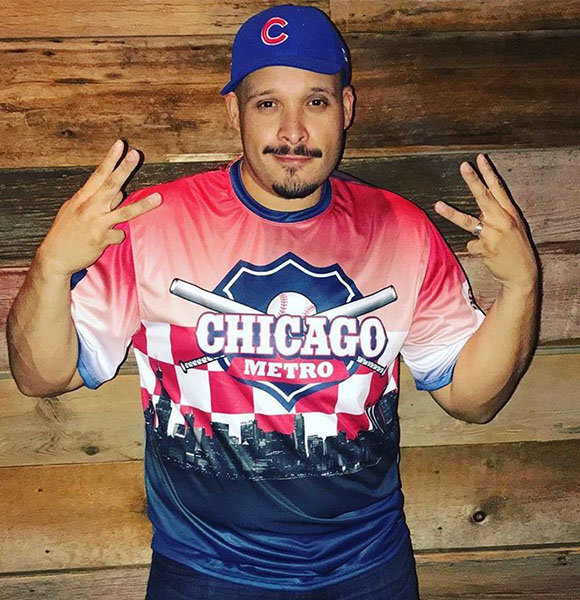 Actor Joe Minoso shot to international stardom by portraying Joe Cruz on the NBC series, Chicago Fire. Starting with a recurring role, he later earned the status of a season regular on the show.

Back in 2005, Joe had recieved his breakthrough role of Chaz Fink on the beloved Fox series, Prison Break. He appeared on the show's episode entitled English, Fitz or Percy.

Breeze through Joe's biography to learn more on his net worth and wedding!

From The Same Show:- Charlie Barnett: Actor From Chicago Fire Has A Girlfriend? Dating Status - Taken?

Working as a makeup artist, Caitlyn joined the Chicago Fire team in 2013. She and Joe began dating shortly after. Following a two-years long courtship, the duo got engaged in late-2015.

Nine months into their engagement, the Boss actor and his then-fiancee Caitlyn finally tied the knot. Married in October 2016, the wedding was a Chicagoan affair. Describing the bash as Chicago-themed, Joe shared that he wanted to go for "a 1920s kind of speakeasy thing." While Platinum Events provided the design for the wedding, the Victorian Experience orchestrated the entire affair.

Given how happy that Joe and his wife Caitlyn appear together, it shouldn't come as a surprise if the two decide to conceive children in the future.

Raised by loving parents, Joe possesses Latino ethnicity. In 2018, he suffered a family tragedy after losing his biological mother to multiple myeloma.

Joe's fascination with theater began as a high school student. After watching his then-girlfriend on the stage, he fell in love with acting. His aspirations stayed intact during his stints at Adelphi University and Northern Illinois University.

After earning his Masters, Joe relocated to Chicago. Immersing himself in the local theater realm, he created quite a buzz. The national fame, however, still eluded him.

By 2010, Joe of six feet (1.83 m) height had fallen hard into depression. With no acting gig on sight, he was also battling weight loss. But then, fate intervened.

Coming to his rescue, a friend handed him a Groupon to a Zumba lesson. For his part, Joe indeed took the fitness program, and his effort eventually paid off. By attending the Zumba classes alone, he shredded an astounding 60 pounds off his body.

So thankful was he with the weight loss transformation that Joe even integrated Zumba into his character on Chicago Fire.