Jordan Beau Wiki: Age, Brother, Net Worth, Who Is He Dating Now? 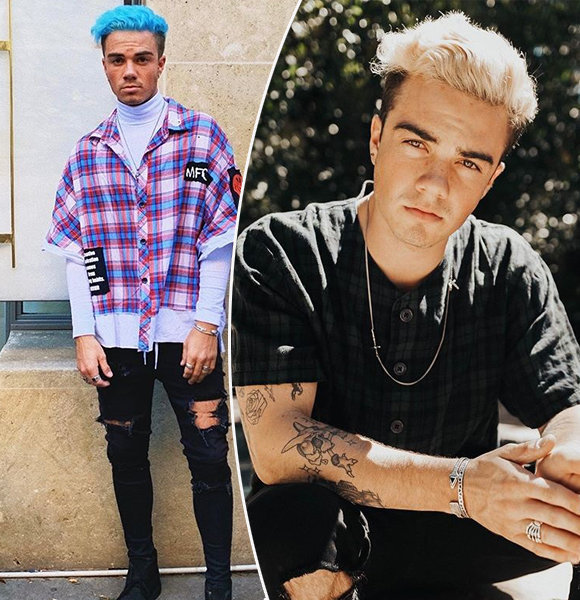 He is famous for his self titular Youtube channel-Jordan Beau, where he posts a range of comedic videos of challenges, pranks, vlogs, and tricks. As of now, Jordan has 1.27 million subscribers on his channel.

Jordan Beau was born on 24th November 1998 in Encinitas, California, USA. The young YouTuber has kept the details of his parents pretty secret, so not much is known about his parents except the fact that his father is French. He has made an appearance in Jordan's ‘Son Vs. Dad 950,000 Volt Taser!!!’ titled 2016 video.

Further, Jordan also has an older brother- Jeremy Beau, with whom he started the YouTube channel in the first place. Jordan and Jeremy began the Youtube channel titled Beau Bros in 2016 and started running it together.

You May Be Interested:- Is Ricky Dillon Dating Or Single? Gay, Family Details, Net Worth

But In April 2018, Jeremy enrolled at the fire academy to follow his passion if being a firefighter. After that, Jordan changed the channel into a self-titled one and Started running the channel on his own.

Even though Jordan's brother Jeremy is not directly involved in the Youtube channel, he still makes the occasional appearances on his brother's channel.

Who Is He Dating Now?

The Youtuber has been dating professional dancer Jordyn, who is best known for her appearance in dance reality series Abby's Ultimate Dance Competition since 2018. The couple celebrated their first anniversary on 1st September 2019. Jordan and Jordyn, who initially met through a mutual friend, are going pretty strong together. Moreover, both of them do not shy away from showing their love for each other through their social media.

Further, Jordyn has also made many appearances on Jordan's Youtube channel.

Jordan started his Youtube career in February 2016 by setting up a channel with his brother. Initially, their contents included skating, scooter freestyling, sledding, and vlogging.

But within a short time, their channel grew, and the Beau brothers started adding more content. Eventually, their channel became a hit. But in 2018, Jeremy left the channel to follow his true passion.

Another Youtube Sensation:- Who Is Ice Poseidon's Girlfriend? Dating Life, Family, Net Worth

After that, Jordan ran the channel on his own and began posting more vlogging-related content. Luckily, his channel grew even more, and he gained more subscribers. As of now, Jordan is big on Youtube.

Well, it's petty apparent that the YouTuber has garnered a significant wealth as his net worth. Although the actual figure remains under wraps, he makes an average of $4K - $64.5K as his annual earning from Youtube. Further, with his growing fame, he has also endorsed brands like Crocs, Land of Freezedom, and Lull.

Further, in November 2018, Jordan moved to his new apartment in Los Angeles.