By LRU Writer | On: November 08, 2019
Hosea Sanders works for ABC 7 Chicago...bio and family details are given below...is a cancer survivor...illness kept him out for a long time...celebrates his birthday on...is now 62 years of age...is married, and has a wife...has a good relationship with family members...reached great heights in his career...he graduated from Henderson...still working as of 2019... 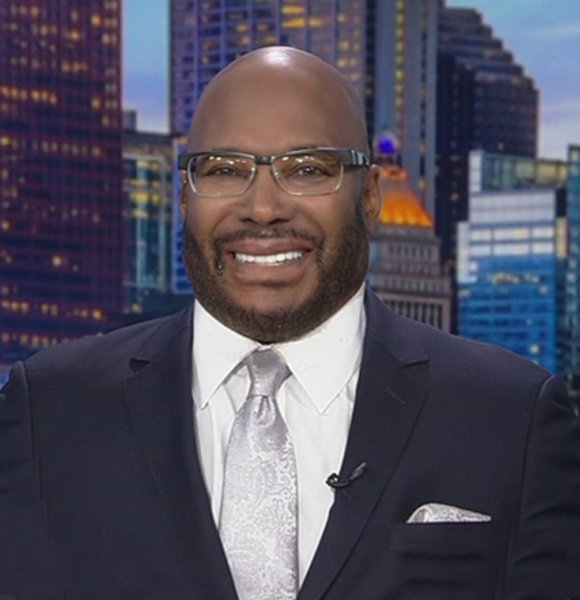 Hosea Sanders is one of the most-recognizable and experienced TV anchor in the world. Having worked at the ABC 7 Chicago for the past 25 years and still working for them in 2019, he has become somewhat of a role model in the journalism field.

Along with recognition and experience, he has been gathering various awards and appreciation for his contribution to the world through his journalistic ventures.

A 12 times Emmy-winner, his career longevity, height, and dedication is even more impressive considering all the health problems he has had to face throughout his life.

Hosea happened to be one of those unfortunate people who got diagnosed with cancer. He was found to have prostate cancer in 2017.

The TV host announced the diagnosis of his “advanced and aggressive” prostate cancer in late February of 2017. He underwent surgery shortly after the announcement on 1st March and promptly returned to work in August 2017.

However, his fight against cancer was not over then. And, on top of that, he also had to undergo intestinal surgery. The surgery, along with his bone marrow transplant and chemotherapy, kept him away from anchoring again till 14th December of 2018.

Recommended For You:- Find Out Why Mark Giangreco Was Suspended & Who Is His Wife Now

In addition to the challenges that the horrible disease presented him, he also had to face difficulties regarding substance-abuse.

His addiction problem was first revealed to the public by Hosea himself in a statement. The secret unfolded back in November of 2004, and it was the result of a blackmailing incident Hosea had to deal with regarding his substance-abuse problem.

Hosea’s family has a big hand in reaching where he is right now in life. They helped him through thick and thin, and Hosea has a good relationship with his family members.

The African-American TV personality spends a lot of time with his family, particularly his mother, Ann. He occasionally posts pictures of her on his Facebook page. However, the name of his father is not known, and his whereabouts are also missing from the public domain. Hosea Sanders with his brother Vincent and sister Barbara during his cancer treatment in 2018 (Photo: Hosea Sanders' Facebook page)

On the contrary to his father, the name of his siblings are known. He has three brothers and a sister. Vincent B. Sanders, his brother, and his sister Barbara Wheeler were there by Hosea's side while he received treatment for his cancer at Mayo Clinic.

His other two brothers - Delton and Victor - also deal with life-changing medical issues of their own.

Hosea, born in 1957 (age 62), celebrates his birthday on 12th July. Having already survived cancer once, Hosea is looking to make the most out of the latter stages of his life.

As for his educational background, Hosea graduated from Henderson State University, although his subject preference is not known. He is now associated with various youth education programs such as the Alpha Phi Alpha Big Brothers, the Chicago Public Schools Mentoring Program, and the NAACP Mentoring Program.

Also From The Same Company:- ABC 7 Val Warner Has A Family, Married With Husband Or Casually Dating?

Deservingly, for his community services and motivational speeches, he has received more than 100 awards throughout his career from many churches and community organizations, not to mention his 12 Emmys for his contribution to the field of journalism.

All his years of hard work and dedication inevitably should lead to Hosea having a significant net worth. While the figures for his net worth are not revealed yet, he earns a decent salary of $100,000+ per year.

All the health problems and journalistic dedication have not stopped him from having a married life. He has a wife, although her identity is not revealed yet. There are no rumors of any cheating or infidelity about Hosea, which points towards the conclusion that he has a happy marital relationship.

On the contrary, there have been some speculations about his sexuality. But, those speculations hold no grounds as there isn’t a single credible source to confirm or dismiss the claims of Hosea being a gay man.