John Patrick Amedori's Dating Life- Who Is His Girlfriend? 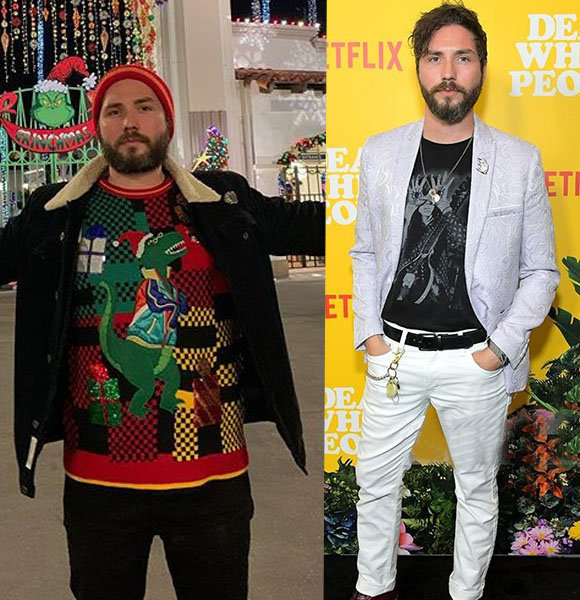 John Patrick Amedori has made a respected name in Hollywood. He has been a part of various highly-rated cinematic productions such as Dear White People, in which he appeared from 2017 to 2019, the TV show Hindsight in 2015, and another TV show Gossip Girl in 2008.

Apart from his successful career, the fandom is curious about the star's romantic life with his girlfriend.

John officially began his acting career as a lead in the 1998 movie D Minus alongside his brother Anthony Amedori.

Since then, he has gathered a decent 48 credits as an actor, with one credit in the soundtrack department. He wrote and performed a song titled Love Song for the 2006 movie Stick It, in which he also portrayed the character of Poot.

As for now, John is busy with his two upcoming projects; the movies Sock & Buskin and The Space Between. Both their release dates are yet to be announced.

Unfortunately for single women out there, John is taken. He is in a relationship with his girlfriend, Monica Day. John and his girlfriend became Instagram official on 6th November 2017. John Patrick is the son of mother Deanna Lynn and father Michael Carmine Amedori. He was born on 20th April 1987, in Baltimore, Maryland, United States. John has Italian, English, and German ethnicity.

As mentioned above, John has a brother. Anthony Amedori is his younger brother. The brothers have appeared alongside each other on-screen on three separate occasions. They portrayed each other's brothers on two of those three occasions.

Talking about the star's academic life, he studied acting at the Actors Center in Philadelphia.

Adding on to the list of talents, John has a special talent of being able to play virtually any musical instrument by just listening to it.

The musician was also in a band early in his career. He was a member of the band Ceesau. They released their first CD on 8th March 2008.

John is a massive supporter of the LGBTQIA+ community. He has shown his love and support in the past for the gay creator of Dear White People, Justin Simien.

Stay with us for more updates regarding the star's successful and rising career and his amazing and loving relationship with his partner.