John Wall Girlfriend: Who Is He Dating At Age 28? | Family Status Unveiled

By LRU Writer | On: June 11, 2021
NBA star, John Wall's life experienced several relationships but none of them worked out......His list of ex-girlfriends include......Now, the basketball player has been linked to British singer...... Living under the shadows of a criminal father, John's early family life was traumatic as his dad was arrested for...... John, who ages ..., now stands at the height of ... and possesses a weight of...... 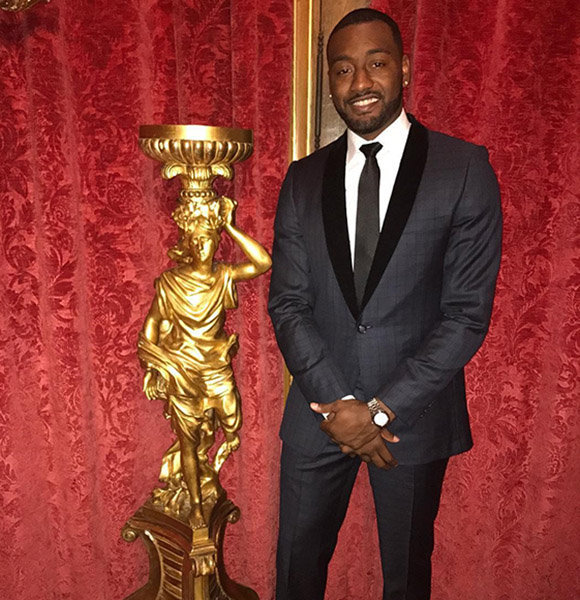 Passion wasn’t the only thing that made John Wall the number one basketball hero of the 21st Century. It was partly his darker past that raveled him to escape in a journey that after several years down the line, made him who he is today!

Running away from the shadows of his deceased father's criminal history, the American basketball player struggled in his life and now enjoys the stature as one of the most respected sportsmen in the states.

After a minor leave from NBA, the 28-year-old has been getting tabloids for his life beyond basketball. Rumored to be linked with a British Singer, let's find out his dating life and discover if the rumors are true.

The undeniable success and vogue earned the Washington Wizards player everything from fame to fortune. Despite receiving a massive net worth and a respectable stature, his life was not content as he experienced several breakups in his life

After years of hopping from one girlfriend to another, the North Carolina native's luck on women proved to differ from his basketball career, which has been a successful ride for him.

His list of girlfriends starts with actress Hazel Renee; their relationship started romantic but ended with both of them despising each other's company.

Later, the point guard had a short-fling with Kash Barb, but the romance halted after he met American model, Karrueche Tran in 2012. John's pattern of short-lived affairs repeated as the couple broke up after dating for about a year in May 2013.

The basketball guru soon found a new love interest as model Keyshia Dior, whom he dated for about a year before calling quits in 2015. After three failed relationships, the NBA star has now been stealing the buzz with his recent link to British singer, Ella Mai. Their romance started with John’s Instagram video in which he can be seen singing one of Ella’s songs. He even tagged the singer in the video thus stirring a rumor about their bonding.

His followers are speculating over whether it was just a casual tag or is the duo boiling something big underneath the covers. At age 28, John might just be searching for a potential wife to spend the rest of his life with. Is Ella the one, is yet to be known!

Looking beyond his lovelife, John Wall has also struggled horrendously while growing up to a father, who was held captive in prison.

The son of France Pulley and John Carroll Wall Sr, the five times NBA All-Star spent most of his childhood waiting for his father to get released from the prison, who at the time was bared for an armed robbery of a convenience store after previously serving time for second-degree murder.

24 August 1999 came joyously to John as his father was released from the prison. But, sadly his dad died a week after the release from liver cancer. For the rest of his childhood, the basketball star credits his mother, who had worked multiple jobs while raising him and his elder sister.

To this day, John has stood by the memories of his father, escaped his loss and grief through the sport, which made him one of the most sensational stars in the history of NBA. John Wall is considered one of the legendary icons in NBA history (Photo: John Wall's Instagram)

Currently standing at the height of 6’4 feet and possessing a weight of 95 kgs (210 lbs), John has won the title of becoming the second player in NBA history to record a triple-double within his first six career games.

He also prestigiously won the 2014 Slam Dunk contest that has helped him to expand his fortune a little more. The 28-year-old athlete has been flaunting his skills with the Washington Wizards of the National Basketball Association!

John shares the memoirs of his success stories and achievements just wishing his father was here to watch it all!